What does it take to survive the Zombie Apocalypse? Weapons? Combat training? A bright yellow humvee with a backup supply of fuel? An underground bomb shelter fully stocked and able to support at least twelve lucky survivors for an indefinite period of time? How about the ability to rub two sticks together and produce a flame? If you answered yes to all of these things, you’re not incorrect… but you’re missing the two most important items for your best chance at ZA survival: friends, and a go-bag. The go-bag is a separate matter entirely, so let’s focus on the other. 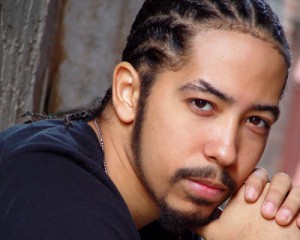 Actor, martial artist and self-proclaimed “knucklehead,” Neil hails from Orlando, Florida and has studied Shotokai Karate, Jujutsu, Judo, Tae Kwan Do, Capoeira, and many more disciplines that this writer cannot pronounce. He bobs, he weaves, he dodges and roundhouse-kicks better than Chuck Norris on his best day. It is a little-known urban legend that at the age of four he roundhouse-kicked a car and walked away with little more than a few bumps and bruises.

Neil’s extensive martial arts training unexpectedly paved the road to acting when he appeared on the TV show WMAC masters at age 14. In addition to portraying Guillermo, the unlikely leader of a band of survivors in The Walking Dead, Neil has appeared in multiple television roles, including the series Harry’s Law, Suits, Castle, Borderline Coyotes, Weeds and more recently on NCIS.  He also appeared in 2009’s Fast & Furious, and has also done his part to save the world from aliens in Battle: Los Angeles. 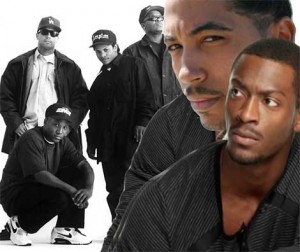 Most recently, we were thrilled to learn that Neil has been cast in Universal’s upcoming film Straight Outta Compton. This much-anticipated biopic, produced by Ice Cube and Dr. Dre, chronicles the rise of the hip-hop group N.W.A.  Neil will be appearing as DJ Yella alongside Aldis Hodge, O’Shea Jackson Jr., Corey Hawkins and Jason Mitchell. Filming for Straight Outta Compton has begun with an anticipated release date in 2015.

Between acting and roundhouse-kicking, Neil devotes time to the things that matter the most – family and friends. He can also be found making appearances on the comic-convention circuit. Don’t forget to stop by his website to see what’s happening!

If you are just joining us for this series, please check out our previous Commander Monday reports!