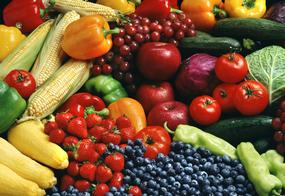 This is what we discovered for the Purple zone in western United States.

Alaska: A scant 1% of Alaska is used for farming. 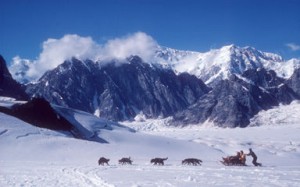 Just over half of farms in the state, 54%, house livestock. The main focus is on processing dairy products, followed by cattle and hogs.

The remaining 46% of farms in Alaska grow hay, potatoes, barley, and oats.

The harsh climate makes surviving in Alaska a crapshoot to begin with.

After looking at these numbers, we advise brigadiers to stock up well on canned/dried goods before planning their escape routes.

California: Though top-ranking in crop production, only 27% of California is dedicated to farming.

27% of state farms house livestock. The primary focus is on dairy products, then cattle and eggs.

The majority of farms in California produce a wide range of crops—grapes, almonds, lettuce, strawberries, tomatoes…the list goes on and on.

If you’re in California, stay there. Set your sights on Central California, where the majority of produce and cattle farms, and chicken farms are located. There’s more than enough variety in food to keep survivors healthy for a long time.

Oregon: Approximately 28% of Oregon is dedicated to farmland. 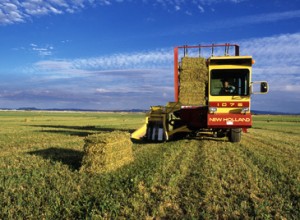 28% of farms in the state produce livestock—cattle, dairy products, chicken eggs, and chicken.

The remaining 72% primarily grow greenhouse plants, hay, ryegrass, and wheat. However if you know where to look, you may also find onions, potatoes, pears, cherries, blackberries, and grapes.

Oregon ranks #1 in production within the United States for the following: hazelnuts, ryegrass, blackberries, and fescue.

This is another well-rounded state as far as variety of products goes. Plot your escape routes to hit as many farms as possible to stock up.

Washington: 36% of Washington is utilized for farming. 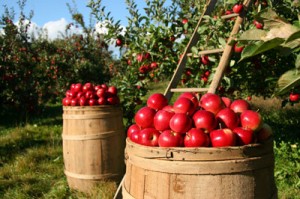 Only 30% of farms in the state house livestock, focusing on processing dairy products, followed by cattle, and aquaculture.

There is plenty of variety in products available in Washington, which is a good thing. Folks from nearby states may need to find their way to Washington in order to find enough food to get by.

Idaho: Only 22% of land in Idaho is used as farmland. 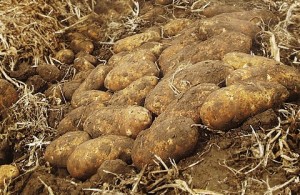 58% of farms in the state house livestock, focusing on processing dairy products, cattle, aquaculture, and sheep.

The remaining farms, 42%, grow crops such as potatoes, wheat, hay, sugar beets, and barley. You can also find onions, dry beans, apples, and sweet corn grown in the state.

Idaho ranks #1 in potato production. They also are the largest producer of rainbow trout—grab your fishing poles, guys.

Montana: Over half of the state, 65%, is dedicated to farming. 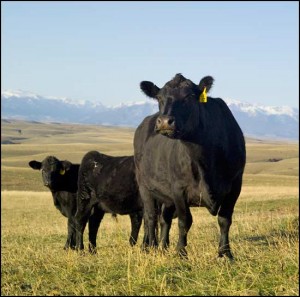 57% of farms in the state house livestock, with the vast majority focusing on cattle, followed by dairy products, hogs, and sheep.

43% of Montana farms produce crops like wheat, barley, hay, and sugar beets. If you know where to look, you may also find potatoes, cherries, dried beans, and oats at farms throughout the state.

North Dakota: The majority of North Dakota, approximately 89%, is used for farming. 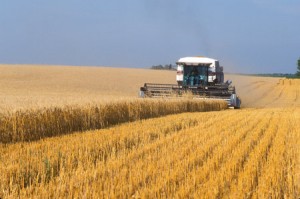 Only 23% of farms in the state house livestock—primarily cattle, dairy products, and hogs.

Though boasting a vast amount of farmland, most of the products available in North Dakota require extra processing to be edible, which won’t help any of us on the run. Grab what you can, but plan to escape to a resource-rich state.

There you have it, the products available from the Purple Zone. The West Coast is full-to-bursting with produce. California alone could feed the entire Zombie Survival Crew for quite some time. Keep these states in mind when plotting your escape routes.