From the mobile command post manned by:
the Commander-in-Chief and Orange Brigade Commander

We’ve been lost in a fog of The Walking Dead withdrawal since the mid-season break began in November. With weeks still ahead of us until episodes resume on AMC February 12th, hope seemed impossible. That was until we received a coded message offering support during these tough times. 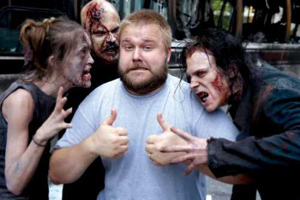 Last October, Robert Kirkman and Jay Bonansigna released the novel, The Walking Dead: Rise of the Governor. And now we’ve been given a chance to share a clip of the audiobook, read by Fred Berman. 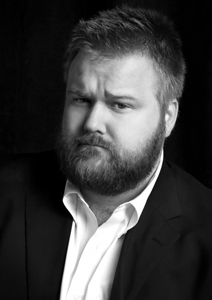 “Following in the footsteps of the New York Times bestselling graphic novels and the record-breaking new television show, this debut novel in a trilogy of original Walking Dead books chronicles the back story of the comic book series greatest villain, The Governor.
In The Walking Dead universe, there is no greater villain than The Governor. The despot who runs the walled-off town of Woodbury, he has his own sick sense of justice: whether it’s forcing prisoners to battle zombies in an arena for the townspeople’s amusement, or chopping off the appendages of those who cross him. The Governor was voted “Villain of the Year” by Wizard Magazine the year he debuted, and his story arc was the most controversial arc in the history of The Walking Dead comic book series. Now, for the first time, fans of The Walking Dead will discover how The Governor became the man he is, and what drove him to such extremes.”

Hopefully this clip will tide us all over until the mid-season premiere. Enjoy!

The Walking Dead: Rise of the Governor audio clip