Much like Bruce Campbell the second he hit the San Diego Comic-Con stage, I cannot and will not contain my giddy fangirl squeal over Lee Majors joining the cast for AvED’s second season. A few scant years ago, Campbell told fans he would play Ash again when monkeys flew out his backside, and now he’s got the Six Million Dollar Man playing his pops on TV. Campbell did look a tad sheepish when someone toward the panel’s end brought up that very statement. I’m sure many, many fans are grateful he was wrong.

A surefire way to make a buck at the con over the weekend was to either sit on the panel with Campbell, or sic your children at him from the front row. The star first bribed his costars to say the right things, even Majors and the panel moderator. Then once the questions started, he paid three children to take off their DC villains costumes and get jobs. Yes, folks, Bruce Campbell took several moments to stop and parent someone else’s kids after discovering the first, a ten year old, watched the show. Pro tip: Don’t be that dad. You can see which one in the panel footage Starz posted.

On to the juicy details. Really juicy. Creator Sam Raimi says season two has more intensity. Which in their language means more blood. Good thing Starz is cool with whatever these good people want to put on screen. Campbell praised the cable network for staying hands-off. If Raimi, Tapert, and Campbell attempted to revive the franchise with another film, it wouldn’t have happened, according to the star. Sam Raimi elaborated on the Starz topic. “They want to provide something that’s not just out there, but can’t be found anywhere else on television, anywhere on cable. They want it to be a unique experience so that nobody is providing anything like it.” Well, ain’t that an understatement? Not seeing many networks lining up to show Campbell’s ass or someone smoking weed from a shotgun.

Lucy Lawless returns as Ruby. This season she’s finally a fleshed-out character and in need of Ash and his team. Or as she put it, “…fully in this ferocious second season.” While, yes, Ruby played a large part in season one, they created her as they went. Lawless said the character didn’t even have a last name until episode nine. Having Ruby along will make things a little more balanced for Kelly. We can expect to see some, “girl power thing,” from the ladies this season.

Ted Raimi rejoins the Evil Dead crew. He plays Chet Kaminski, Ash’s childhood friend. When discussing why they brought Ted back, Campbell said, “This is stupid. Where’s Ted? We’ve got to torment someone else on this show.” Aside from the apparent 30 year-old Kick Me sign on Ted’s back, he brings a fun dynamic to the crew missing in the previous season. The energy they had during the panel was insane. Except Majors. He seemed content to take it all in quietly. I don’t blame him. Those panels are overwhelming the first time around. Dana DeLorenzo and Ray Santiago were likewise awestruck when they sat after being introduced.

Ash vs Evil Dead returns to Starz in October. In the meantime, slake your bloodlust with the trailer. 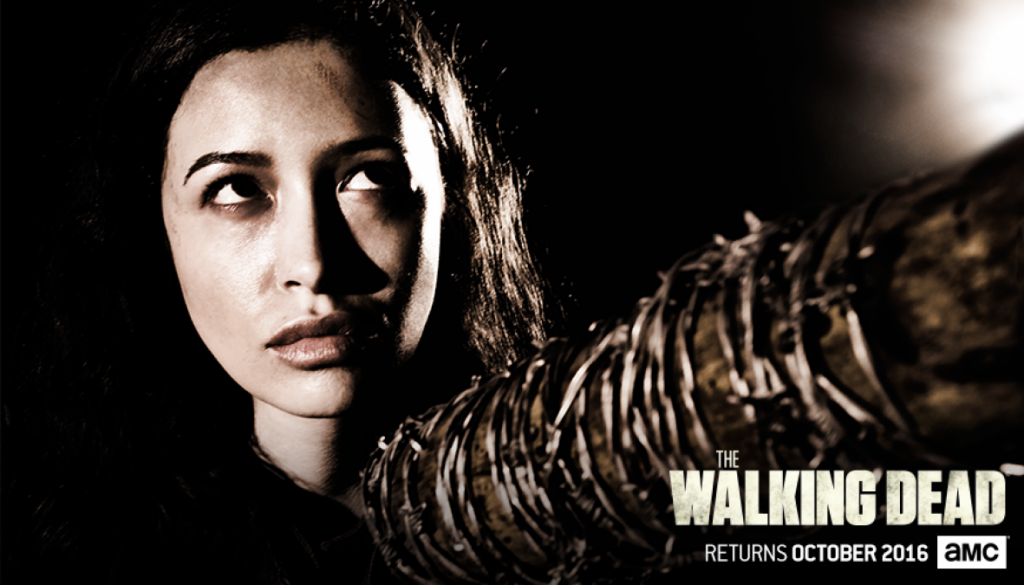