By the end of episode 508, things didn’t look good for Rick and company. They’d finally joined their forces together again—even though that meant the mission to D.C. was a bust—and tragedy strikes. The next episode picks up some time after they’ve moved on from Atlanta once again. Seems like the big city is nothing but bad luck for the gang. Can they break the downward cycle and regroup or will their losses continue to build?

This was by far the best episode the show has released since the main group left the prison. It was also one of the most unique in the way it was written and edited. The opening should’ve gone straight to that first, unexplained shot of the shovel, though. Fans know what happened, the catch-up killed what could’ve been a great opening—even if viewers didn’t understand what they were seeing until everything was explained at the end of the episode. Unfortunately, while the episode itself was well written and acted, the main plot point—finding yet another safe haven—has become woefully predictable. I knew what was on the other side of the wall at Noah’s community long before they jumped over. Just had to listen for the flies. They’re never a good sign on this show. How many times can the crew get knocked down before they develop serious mental issues from trying to cope with more than any person should.

We didn’t see much from Maggie, but Glenn’s struggle to keep going was all too clear. He’s unusually quiet and withdrawn. His sister-in-law is dead. So is his father-in-law. Hell, he and Maggie have no one left breathing to call family outside the survivor group. Over and over, Glenn and Rick touched on their reactions when Dawn and Beth were killed. They wanted her dead. It didn’t matter who ended up with the blood on their hands. There’s only so much a man can take. Glenn may be at his breaking point. But then who will hold Maggie together? 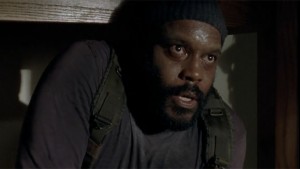 This episode was all about Tyreese. We learned about a childhood spent inundated with the horrors of the world—very Clockwork Orange—with his father the one pushing young Ty to face it like a man. This tidbit of information shaped everything that happened after the twin walker took a chunk out of his arm. The hallucinations ranged from auditory—the radio playing news stories based on what he’s seen since the undead rose—to visual, bringing in the dead who’ve shaped the man. Slightly terrifying to think Philip (The Governor) and Martin (from TERMINUS) had anything to do with how brave Tyreese was at the end. Even more terrifying was when Lizzie and Mika first popped up before the opening credits. If we’d known then what the random visuals meant, I don’t think many viewers would’ve kept watching. It was worth the watch to see Bob again, to hear his advice one last time. Interesting that in his final moments, Tyreese would seek out Bob, who was so unlike himself and how he planned to handle his death. Ty wanted to go out swinging. Bob embraced the transition with no regrets. But Tyreese had been taught his entire life to never turn away, never give up. As his condition deteriorated, the hallucinations from those he’d cared for—Lizzie, Mika, Bob, and Beth—told him it was okay to not be a part of the world as it’s become. The others—Phillip and Martin—mock him for his subconscious desire to get it over with already. “You have to pay the bill,” Phillip told him. Ty’s final line was, “Turn it off.” Was he talking about the pain, the horrific world around them? Could be both. His final moments were some of the roughest to sit through, a testament to Chad Coleman’s incredible performance. 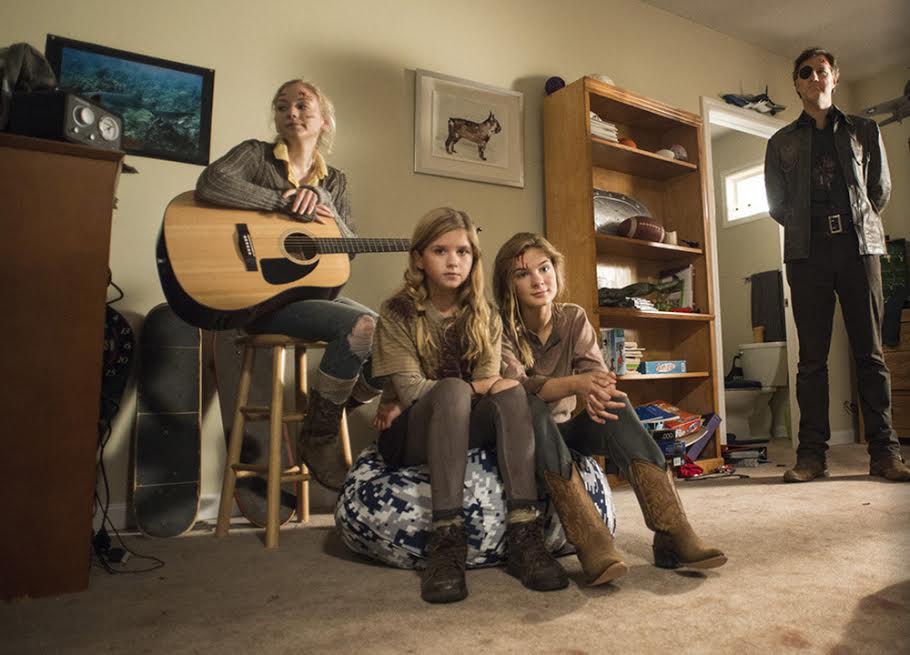 In the wake of yet another loss, it’s become all too clear that what they’re doing isn’t working. Rick agrees with Michonne’s insistence that they take a page from Eugene’s playbook and take up the quest to Washington D.C. again. They need a home. Rick needs somewhere safe to raise his kids. They don’t have the supplies necessary to fortify their own safe haven. It’s one-hundred miles to Washington, will all of them make it? 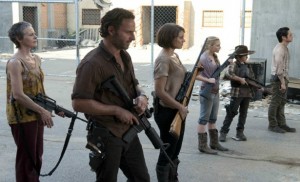