If one thought other shows were out for main cast blood, while compiling this series, I discovered it has the highest main character death rate, and the secondary characters who’ve bitten the dust likewise captured the audience’s heartstrings. Rarely is a death on this show a “good riddance they’re gone” moment. It just so happens that the adventure-of-the-week storytelling style lends wonderfully to writing many, many deaths because next week, the main cast will find someone else to help them or hunt them. Not to get caught in a pattern, the show’s writers also aren’t afraid to tap side characters to make a comeback, like Sketchy and Skeezy. Unfortunately for those we’re revisiting now, that is not an option.

While, yes the turnover rate for main characters is high, the number of guest stars to shuffle off the mortal coil in Z Nation is only rivaled by those killed off in huge battle scenes on shows like Spartacus or Game of Thrones. Over three season, this show has delivered weekly doses of laughs, plus the chance to see actors in the apocalypse who normally wouldn’t be associated with the genre. These temporary characters are always fun. Some of them would’ve made great additions to Operation Bitemark. 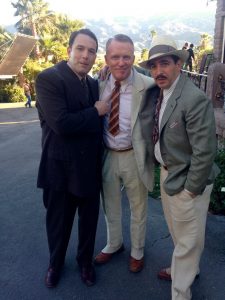 Except, maybe, Gideon Gould. When we met Gould, he was trapped in a hotel where his team building seminar became survival of the fittest. As a published psychologist, he felt it necessary to micromanage the microcosm inside the barricaded hotel. But by the time Roberta and gang paid a visit, the perpetual team building had already done significant damage to the relationships within Gould’s group. Basically, he really sucked at what he did and only continued because it made him feel good. A talking stick upside the dome doesn’t have the same sort of satisfaction for Gould, but at least he can move on to a better, cleaner place.

It’s always a pleasure to catch Anthony Michael Hall at work in a comedic setting. He made Gould hysterically sanctimonious during an episode where it wasn’t clear if our heroes would make it free alive. Post ZN, he’s joined the drama Murder in the First for season where he plays Paul Barnes, father to hard-living pop star Alicia Barnes. Hall joined Elle Fanning and Brendan Gleeson in the film Live by Night, directed by Ben Affleck. In The Lears Hall stars in the family comedy alongside iZombie‘s Aly Michalka and Sean Astin. At the end of the month, keep an eye out for War Machine, an absurdly-told war story starring Hall, Brad Pitt and Anthony Hayes. 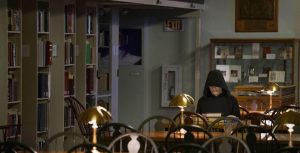 That alien episode was fun, right? Weird as they were, ultimately Dan Scully’s antics will forever live on in ZN fans’ minds. Scully toyed with Operation Bitemark when they reached Roswell. First, presenting himself as a skeptic saving them from the local so-called alien expert. Later, when Scully needed to steal a high tech plane, he fashioned himself, and several zombies, into aliens in order to confound anyone who may stop him from returning to Zona.

It takes a true weirdo to bring a man like Dan Scully to life. Good thing we live in the era of Doug Jones and his outstanding creature work. Bonus, Doug’s face is pretty good on-screen to, so it’s a treat to see him sans-makeup during the first part of the episode. For the most part, Jones has gone on to do what he does best, scaring the pants off everyone in spectacular costumes. Jones was in head-to-toe creature makeup for FX’s The Strain as The Ancient. On Halloween, Jones’ version of Count Orlok will finally be unleashed on the world in the upcoming reimagining of the classic film Nosferatu. Jones filmed a truckload of movies in a short amount of time, including The Midnight Man, We’ve Forgotten More Than We Ever Know, Beneath the Leaves, Ouija: Origin of Evil, and he is the titular character in the horror flick The Bye Bye Man. CBS recently announced a new addition to the Star Trek franchise with the upcoming series Star Trek: Discovery, in which Jones will portray Lt. Saru. In December, don’t miss the chance to see Jones working alongside long-time collaborator Guillermo del Toro in the Cold War era fantasy The Shape of Water. 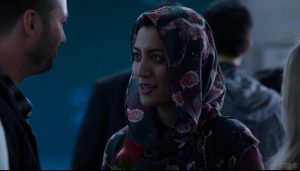 Beside every badass in this show is an equally dangerous woman. When Escorpion picked his second-in-command, he didn’t mess around. Corinne took guff from no one, loyally serving her commander until his conscience took him on another path. She was what Roberta will have to become in the upcoming season, fierce and deadly with no time wasted on sympathy.

Z Nation was the oddball jumping-off point Nidhi Ghildayal needed to kick her TV career in gear. Since shedding her Zeroes facepaint, Ghildayal has filmed two episodes of the popular soap opera Days of Our Lives. She guest starred on the CBS crime drama NCIS: New Orleans, along with Pure Genius and she appears in the second season premiere of Hidden America with Jonah Ray.