The series climax takes place against the backdrop of Roarton’s annual winter fete and traditional boundary march. Danger is descending on Kieren – Simon believes he’s the key to a Second Rising, while an unhinged Gary thinks he is planning a Blue Oblivion attack on Roarton.

Gary gets to Kieren first, determined to publicly out him as a ULA terrorist. He manhandles Kieren to the new graveyard where he knows the boundary march will be heading and then forces him to take Blue Oblivion. Kieren is made to face his darkest fear- becoming rabid again. When he endangers Steve, Jem finds herself pointing a gun at her brother’s head. It looks as though Simon’s job is going to be done for him.

Meanwhile, Maxine’s deepest secret is revealed when she has a public meltdown at the fete. The villagers finally see her for what she really is, but not before tragedy touches Roarton.

We’re introduced to a pair of new characters in the opening moments. It’s unclear who, exactly, they are based on a guarded conversation over diner coffee. It sounds like they’re on their way to Roarton to “collect” someone. Judging from the gear in their trunk, that someone won’t take the trip willingly. They make a visit to the clinic, where we’re lead to believe the duo may work for the drug company that tested on Simon and created Neurotripteline. We catch up with them at the end of the episode for a bit of grave-digging. Whose grave? Hold your horses, we’ll get there eventually.

The Walker family have done a 180* flip back toward how they originally treated Kieren. They don’t trust him or his new acceptance of his PDS status. Matter of fact, their trust is so shattered by their own fears, they’ve taken to locking him in his room. They plan to send him back to the rehab facility where he can’t be influenced by Simon or Amy. But not until after the village’s little celebration, of course. Can’t have anyone thinking something’s wrong in the Walker household. Must maintain appearances, and all that. Jem does her part, pushing aside her PTSD to deal with the celebration march and ignoring the obvious loathing her parents feel toward her brother. Her blind eye to the troubles around her from family and her idiot boyfriend Gary help lead to a vicious attack on Kieren.

Simon returns to the village with murder on his mind. He’s not the only one stalking Kieren, though. Gary’s connected the dots, tying the undead men together in a bond he can exploit in his scheme to stop Simon—despite Maxine’s insistence that he do nothing. She wants Simon to trigger the Second Rising. Wants so desperately to see her dead little brother again. Her words do nothing to quell Gary’s hate of all things PDS. Simon’s uncovered attack plans feed Gary’s fire. He attacks Kieren, dragging him from his home and dosing him with a hearty dose of Blue Oblivion—the drug that temporarily counteracts Neurotripteline and turns a PDS sufferer rabid. During their game of cat and rabid mouse, intentionally staged near the new cemetery to draw out Simon, Kieren runs into Jem, his father, the villagers on their march, and Simon’s ULA faithful who await the Second Rising. The stand-off is enough to make even my shriveled heart race. Steve Walker, of all people, is the one to confront Kieren. When faced with the possibility of hurting his father—who confesses he still loves his son—Kieren fights the effects of Blue Oblivion and returns to normal. In the mayhem, a villager shoots at Kieren. Simon takes the bullet and changes his mind. He can’t kill Kieren to bring on the Second Rising. 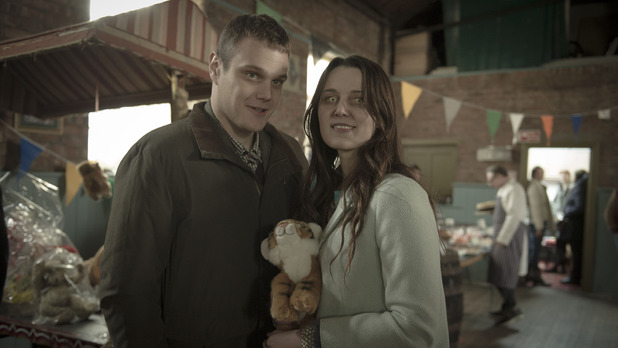 During the bru-ha-ha at the cemetery, Amy and Phillip take in the village celebration, like a normal couple. He even buys her a toffee apple. Wait, what? In addition to Amy’s regained sense of touch, she’s feeling temperature changes and eats solid food without the explosive GI consequences most PDS sufferers experience after a meal or a drink. After Phillip’s mother takes notice, they slink away for a private stroll through the old cemetery to visit Amy’s mother. Neither notice Maxine nearby, waiting for the Second Rising that never comes thanks to Simon’s change of heart. Only Maxine doesn’t know the truth of the First Risen and thinks Amy is the key to reviving her brother. In her desperation, Maxine stabs Amy in the heart. A heart which had just begun to beat again.

The Second Rising still does not happen.

A desperate Maxine appeals to the underling hatred the villagers in Roarton have expressed since the first PDS sufferers returned from the rehab facility. Kill all the PDS people in the village and they’ll have their loved ones back. Surprisingly, mass slaughter is beyond what the masses consider acceptable. They apprehend Maxine—after shocking her with a cattle prod intended to use on the PDS. For once they’ve done the right thing. Does it mean they’re okay with the undead? Not really. But in time, they might be.

Unfortunately, Maxine’s aim is true. Amy dies before Phillip and Kieren get her to the clinic. The doctor is astounded. By all appearances, Amy is human. She’s bleeding. Her eyes are their normal color—not the glazed white of the undead. Her skin is human normal, if a bit pale from blood loss. Would she have completely reverted had Maxine not killed her? Seems likely. Amy was the first, and so far only, PDS sufferer to revert to a normal life. And that makes her unique. Remember the shady folks we met at the beginning of the episode? Yup, they’re in town to collect Amy. Which now means digging up her grave after waiting hours for Phillip to give up hope of her return and leave. Late-night grave digging in the rain. Sounds fun. Sign me up. 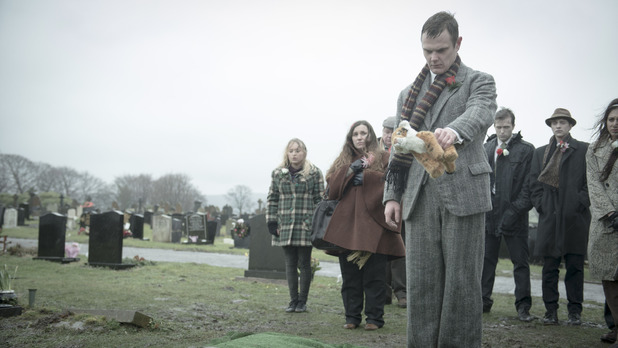 The episode wraps up with Kieren and family working through their issues. Jem confesses to killing Henry and needing help for her PTSD. Simon gives up his plan to run away with Kieren, instead he decides to stay in Roarton. Does he want to be near the man he has grown to have feelings for, or is he staying put to make sure no one finds out the truth, that Kieren is the First Risen and his death may still bring on the Second Rising?

These are questions we’ll only have answers to if the show survives some hiccups with its mother channel. I, for one, hope we get to see the full five series the show’s writer says has already been plotted.