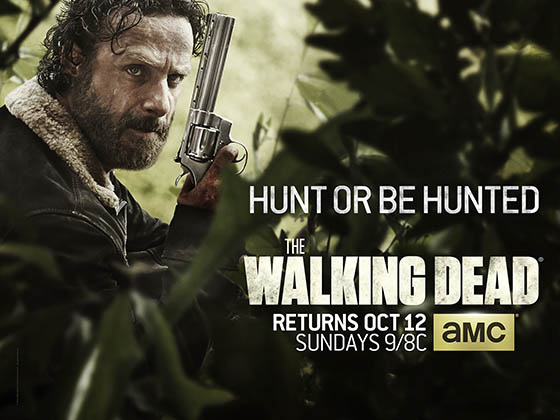 It’s no secret we get a little antsy this close to October. Not because someone left an open jar of honey next to the Command Center desk for the ants to enjoy, but because we’re so close to the return of AMC’s The Walking Dead, we can taste it. Not that I want to know what a walker tastes like. Or the food in Terminus. If you can even call it food considering what we all think it’s made of. Ew.

All babbling aside, TWD’s producers have been doing a pretty good job of giving us just enough information on the blog hosted by AMC to keep us from pacing a hole in concrete floors. Executive Producer David Alpert had a couple things to say during an interview from the trenches while filming recently:

Q: Last year, you mentioned Season 4’s theme related to the possibility of civilization. What would you say the theme for Season 5 is?

A: I think with Season 4, Scott Gimple really focused on whether you can get away from the things that you’ve done. Can you turn your back on your past? I think Season 5 is a response to that, in that you are what you’ve done, where you’ve been and where you’re from.

Q: We’ve heard the Season 5 Premiere was quite ambitious in terms of production. What are you most excited for fans to see once it airs?

A: We’re attempting things that have never really been done before on the show. We’re taking some bigger swings and I can’t wait for the fans to see that. Hopefully, they feel as good about it as we do. 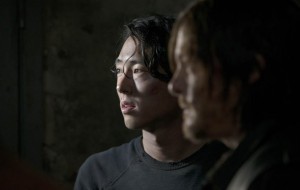 Alpert also alluded to the comic book baddie Negan joining the cast soon. How soon? We have no clue. Rumors have been flying right and left since the Governor’s demise—who will be the new Big Bad? In the comic book realm, there’s over 50 issues between the Governor’s death and Negan’s appearance. As we’ve seen in the past, the producers aren’t afraid to tweak what’s already established. Alpert did add, “I cannot wait until we introduce Negan. He is just like the coolest f—ing character on the planet. You thought the Governor was bad news? . . . Man, wait until you meet Negan! He’s one of the greatest villains ever created. It’s so exciting.”

In other TWD news, on September 5th AMC announced that it ordered a pilot for a companion series to The Walking Dead. TWD producers Robert Kirkman, Gale Anne Hurd, and David Alpert will act as executive producers, with the addition of Dave Erickson from Sons of Anarchy who will also be the showrunner. There’s no casting or location news this early in the game. Production won’t begin until late 2014.

Robert Kirkman had this to say about the new series, “There are many corners of The Walking Dead universe that remain unseen in the shadows. Being given the opportunity to shine a light into those corners and see what lurks out there is an absolute thrill. I know the fans are anxious to hear what Dave and I have been cooking up for this new version of The Walking Dead, and I’m happy to be one step closer to sharing it with them.”

Lastly, AMC recently released 10 production stills from season five over on their website to continue teasing us. Go ahead, take a peek. Might as well watch the trailer again while you’re over there, too. 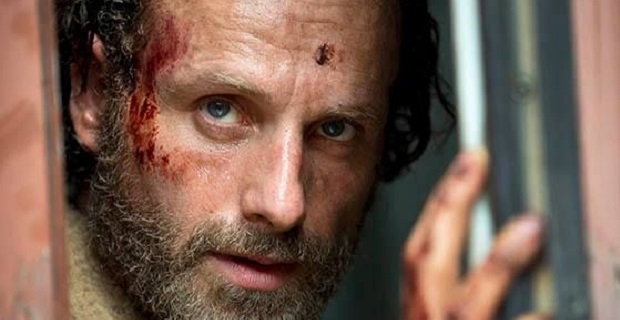