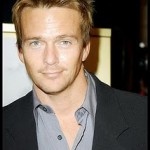 This actor is no stranger to fighting non-human creatures (if only on the screen). Sean Patrick Flanery joins the Zombie Survival Crew to complete a command trio from The Boondock Saints movie series. He has an impressive number of film and TV credits under his belt such as: Powder, “The Adventures of Young Indiana Jones,” “Stephen King’s Dead Zone,” and InSight.

Sean holds two black belts in Karate and Brazilian Jiu-Jitsu in addition to the training learned from his movie roles. We know he is well equipped to kick zombie butt. As a First Lieutenant for the ZSC, Sean will help secure the southern California sector when the undead begin to rise.

Where to find Sean around the web: (Click on the pictures)

Proud Member of the Yellow Brigade