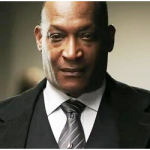 Honestly, who better to have on board with the Zombie Survival Crew than the man who helped dispatch quite a few ghouls in Night of the Living Dead (1990)? Tony Todd’s role as Ben was inspiration for fledgling zombie slayers the world over. And when you take into account his other roles in The Crow, Candyman, Wishmaster, and the Hatchet movie series, it is very obvious that he’s got the skill to back up the rep as a hardcore zombie destroyer.

Tony joins our growing ZSC crew based out of the Los Angeles area and there is no doubt in our minds that California is in capable hands. Command is proud to have a seasoned veteran joining the ranks as a First Lieutenant.

Weapon of Choice: grenade launcher or machine gun with a 45 as back up, and a box of donuts

Where to find Tony around the web: (Click on the pictures)