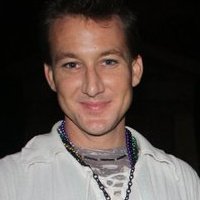 At a very young age, Michael Kenworthy had an impressive number of zombie kills under his belt. Best known for his role in Return of the Living Dead part 2, he has been dubbed “the original zombie killer”. And we’re sure he’s brushed up on his skills since tackling the brain-munching fiends that first time around.

Working out of California, Michael will serve the Zombie Survival Crew as a Second Lieutenant, helping to ensure we all live to see another sunrise after the undead rise.

Weapon of Choice: As learned from Return of the Living Dead 2 and The Blob – Flamethrower with a fire extinguisher backup….both very effective on the undead!

Proud Member of the Purple Brigade