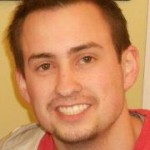 It’s the quiet ones that can and often do surprise you the most. Combine unwavering loyalty, an unfathomable well of patience (thank goodness) and a keen, intelligent wit and you’ll find yourself looking at Sergeant at Arms Kevin Gordon. Kevin may seem quiet to those on the outside, but don’t make the mistake of underestimating his ability to observe and identify danger long before it gets within striking distance. He slips through the throngs untouched and unnoticed, accomplishes his mission and returns to stand watch alongside his fellow ZSC leaders before you even know he was gone.

It goes without saying that Kevin can be counted upon to stand bravely against the shambling horde. But it is not said enough that Kevin has shown the most remarkable bravery of all – he has remained fearless and strong despite being hopelessly outnumbered by fellow ZSC leaders of the opposite gender every turn of the road. He can also wrangle the Special Forces Commander’s legendary silver trunk into place without permanently damaging himself, which is not something to be dismissed lightly.

Currently a student of radio communication, television and film, Kevin has one eye set firmly on a brilliant and exciting future, while the other remains watchful and focused despite the easy distractions occasionally caused by a red sparkly hat. Kevin’s talents and honest friendliness make him not only a pleasure to work with, but a genuine and reliable comrade at arms. Nobody stands alone when Kevin is around, and his fellow ZSC leaders are eternally grateful for his presence.

Proud Member of the Yellow Brigade