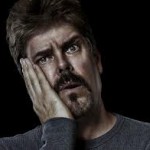 Known far and wide as a walking comic book encyclopedia, Michael Zapcic has put his busy mind to good use working at Jay and Silent Bob’s Secret Stash in Red Bank, New Jersey since 2000. We know his mental catalogue of comics includes super hero and “The Walking Dead” knowledge that will help the ZSC battle off the hordes. If not, we’re confident he can keep us laughing with his rapier wit as the ghouls gather. Michael not only slings comics for a living, he stars on AMC’s “Comic Book Men,” and hosts a podcast on Kevin Smith’s Smodcast Internet Radio (S.I.R.) called “I Sell Comics!” with cohost, Ming Chen. The podcast updates every Thursday.

Michael joins our east coast commanders from New Jersey, working to ensure the undead don’t devour every human in sight. We will be counting on his vast knowledge about comic book battles to help strategize our survival strategies.