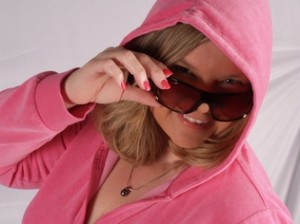 Logistical expert, webmistress, guru of all things technical and little flashy pointing thingies on the ZSC website, the omniscient Oracle sees all, hears all and knows all. Once an innocent writer of young adult novels, LK Gardner-Griffie’s role in the upcoming apocalypse is perhaps the most crucial of all. Without her wisdom, infinite knowledge and uncanny ability to translate the often-garbled incoming transmissions from other commanders, we would surely be lost in a maze of utter confusion and mayhem. While only those higher up the chain of command and several very privileged others have actually seen the Oracle with their own eyes, many of us have caught glimpses of her in various social networking locations, and some have even received the occasional top secret memo that changes the course of one’s destiny…

LK Gardner-Griffie is an award-winning writer, blogger and mom to four-legged children. She hails from the West coast, is often infected with wanderlust, and in another lifetime might have found herself belting out country music tunes for a living. She recently completed the first book in a new children’s chapter book series, Timmy and the Golden Lion Tamarin, which will be published through True North Publishing in the spring of 2015. Under her new management with Gandolfo Helin Literary Management, her award-winning Misfit McCabe series is on hold temporarily while she and Italia Gandolfo are engaged in strategy sessions. She has shared many articles and blog posts on her website, Griffie World and will be speaking at The Muzeo in Santa Ana, CA on November 20, 2014 for the Open Book Series.  LK was recently interviewed by Gail Zahtz on BlogTalk Radio (click the link and hear the Oracle speak), and previously by Christine Fonesca, and previously chatted with Lorna Suzuki at All Kinds of Writing. She has also been included as one of the featured authors on Publish or Bust. 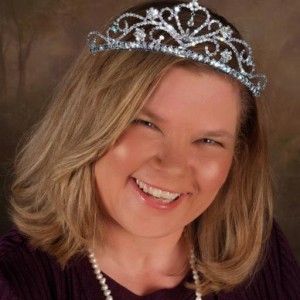 LK  is a woman of many passions and talents, and when the two are put together to take a stand against bullying, censorship, abuse and other issues that have likely affected all of us in some way or another, the possibilities are endless. She speaks up, shouts out and challenges us all to think before we act, and do what’s right no matter what the circumstances.  Most notable of her pet projects is the drive to donate books to family and/or children’s shelters. See for yourself, and take action as you will. Purple brigade, salute your commander and heed of the shining example she sets for us all.

If you are just joining us for this series, be sure to check out our other Commander Monday updates!