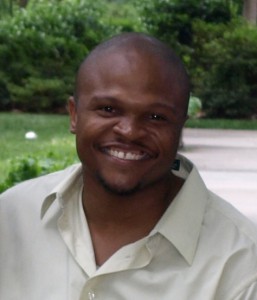 Actor, director, writer, motivational speaker and singer…. Green brigade’s commander IronE Singleton brings to the table an invaluable combination of strength, determination and passion possessed by some but unmatched by none.  IronE hails from Atlanta, Georgia and has already faced the shambling horde, looked it right in the eye and refused to give up the good fight for even a moment. Outgoing, gregarious and quick to smile, Irone’s laughter is more infectious than any zombie plague and his endless determination is a shining example to all.

IronE recently got his feet wet in the convention scene by attending Monster Mania 21 in Cherry Hill, New Jersey.  While a seemingly endless horde of adoring fans and admirers might have caused some to tremble in abject fear, IronE faced them all with his trademark disarming smile and made each one feel as welcome as if they were stepping into his home rather than standing in line at a noisy, crowded convention.

IronE’s many varied talents have taken him from the University of Georgia to television, theatre and film. He has appeared on the big screen in several films, including The Blind Side, Lottery Ticket, Seeking Justice. And the upcoming film A Box For Rob. Television appearances include pilots for ABC’s Detroit 1-8-7, VH1’s Single Ladies, and TNT’s Franklin & Bash, and he has also appeared in CW’s One Tree Hill and BET’s Somebodies… but most notably he is the one and only Theodore Douglas, a.k.a. T-Dog on AMC’s The Walking Dead. On the theatre side, be sure to check out his inspiring one-man show:  IronE . . . The Resurrected. This inspiring story of survival, heartbreak, transformation and healing is a must-see for all. 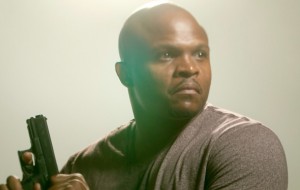 Under IronE’s experienced leadership, Green Brigade is best equipped to keep up the morale as the battle for survival wages on and we would surely find ourselves in one fine mess without him.