In this episode, we take a slight detour and focus mainly on a side-character’s struggle to return to a normal life after the implement of the government’s Give Back Scheme. Can Freddy find normalcy? Can any of the PDS sufferers who’ve returned to Roarton regain their old lives? 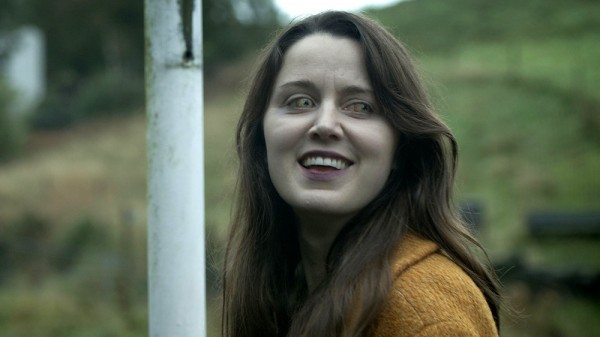 Fate throws Kieren and Simon together on the ‘Give Back’ scheme, this time at the doctor’s surgery. Simon reassures Kieren that he’s not leading Amy on, but the pair come to blows when Kieren thwarts his plan to free two caged rabids.

We also get to know PDS sufferer Freddie Preston. Freddie returned from the grave to find his childhood sweetheart Haley shacked up in their marital home with her new boyfriend Amir. Haley and Amir are allowing Freddie to stay in the spare room until he’s back on his feet. This is not ideal, as Freddie struggles with the notion of ’till death do us part’ and is determined to win back the woman he loves.

When Kieren is thrust into the aftermath of Freddie’s plan, he sees Simon’s views in a different light. Even though he hates the thought of hurting Amy, he can’t help but follow his heart.

In the aftermath of last week’s accidental shooting by Jem, we see her attempt to do the correct thing . . . while the adults play “Hide the corpse in the woods.” Maxine and Gary do the exact opposite of what Jem needs to get her head on straight—with her guilt over shooting Henry and the PTSD she’s dealt with since the HVF was disbanded. As the adults in charge, they should take proper legal action. Instead, their hatred and fear of PDS people makes them accessories to her crime. The only reason Maxine isn’t upset is because Henry wasn’t the mythical “first risen” everyone’s searching for in Roarton, the undead who will ultimately bring about the second rising. After Maxine’s strange behavior—hello, talking to a suitcase—one begins to wonder how personal her efforts are to see this supposed second rising. Did she lose someone during the first rising, an undead lover or child who was slaughtered? Was she expecting someone to return who didn’t when Roarton’s graveyard vomited up its dead? She’s cagier than a parakeet, that’s for sure.

A large piece of this episode was dedicated to Freddy’s struggle to find his place in the village. After his release from the rehab facility, he returned home to discover during the years he roamed the countryside rabid, his wife had moved on and moved her boyfriend into the house they’d shared. As a favor, possibly out of pity, she’d allowed Freddy to stay with them. But they boyfriend’s had enough. Freddy is obviously still in love with his wife, but she’s having a hard time accepting that after years of mourning and maturing, whereas he’s stuck where he was the moment he died. His attempts to court her go awry. Freddy lures her to a place where they can be alone, where he tries to convince her one last time to run away with him. In the process, he forgets his meds and turns rabid. His inability to move on nearly cost him his life when Gary showed up. If Kieren hadn’t intercepted the call Gary put through to Jem asking her to help put Freddy down, they guy would be dead. And for what? A woman who said her goodbyes already and wants the freedom to settle down as she nears thirty? Freddy is desperate for anything to call his own. He’s been denied the opportunity to own his own business. He can’t even legally drive a car. And how can he make money to provide for himself when he’s forced into the Give Back Scheme? The PDS are stuck in a hole. Freddy is just the latest victim.

Kieren’s interactions with Simon started to heat up in the last episode. This time around, they’re fanning the embers. During the Give Back tasks for the day, the men are scheduled to work at the clinic as a clean-up crew, while Phillip traps Amy in the council office to play as his (unwilling) secretary. The guys argue over whether or not to free a pair of rabid undead caged in the clinic. When Kieren protests and stops Simon, Simon’s disappointment has teeth. He says a few times, his feeling for Amy aren’t romantic. Simon loves her, but not in the way she loves him. Has he used her to get to Roarton and Kieren? Undoubtedly. Everything he’s said in the last two episodes points to manipulation on his part. Amy is convinced she’ll marry Simon.

Simon is about as willing to do that as she is to have another one-night-stand with Phillip. How will she feel when she finds out her undead best friend kissed her maybe-to-be fiancé? Who knows? Perhaps the betrayal will aggravate her still unknown condition. We saw what happens when a PDS sufferer’s meds wears off when Freddy forgot his dose.

Will the same happen to Amy? It’d be awful to lose her vibrant personality amongst the doom and gloom generation.