Over the course of five seasons, we’ve learned one terrible truth—you can’t trust the living. Most of the most dangerous encounters were with the living. Every time Rick took a chance and gave someone the benefit of the doubt, it backfired. Even his best friend turned feral once the walkers rose. Everyone wants to take care of numero uno. Rick and the others strive to take care of mankind. It’s a tall order and one doomed to fail. In the process of trying to save everyone, Rick has stuck his nose in some dangerous bear caves. Is it any wonder a man like Philip reacted as he did to Rick’s my-way-or-highway attitude? Aaron isn’t the Governor, thankfully. If he were, the second Rick greeted him with drawn weapons and a punch to the face, he would’ve ordered them all gunned down. Which is what Rick expects. His paranoia has saved them so far, but what if it costs them a chance to live normally again? 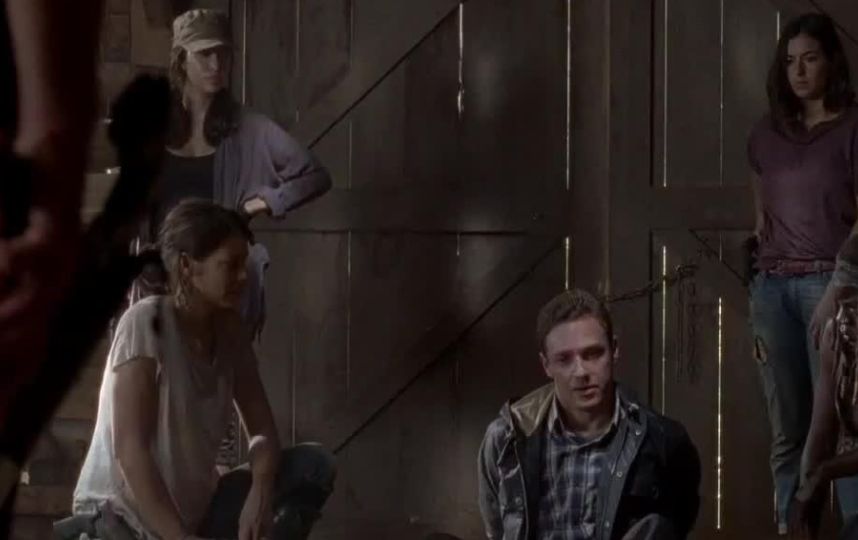 That’s exactly what Michonne wants to prevent. She’s said numerous times, they need to find a place to settle down. Her revenge plot is played out now that Philip is dead. The only people left to save are the ones she watches shambling down the road, praying the next turn will bring a town with enough food to make it one more day. Michonne doesn’t display her emotions often, but over and over in this episode she snaps at Rick to make him see reason. The least they can do is check out the community. Maggie agrees. They’re the only ones asking, “What if….” What if Aaron tells the truth? What if their days on the road are finally over? What if they pass up this opportunity and find desolation between the barn they’re camped in and Washington?

Aaron has most of the answers. Rick never really listens to what he says. There’s no cup and ball game going on as far as I can tell. Aaron was up front about the “audition” process to become a member of their community—a practice Rick employed during their time at the prison. Yes, he dodged answering where the community is located. Would you tell armed, desperate strangers where your family lived? Yeah, no. But his hesitation sends Rick into a tailspin. Even when Aaron offers Judith food from his pack, Rick second-guesses his motivation. That alone spoke volumes. Aaron saw Rick in a different light, likely wondering what these people have been through to even contemplate someone killing a baby. He knows they aren’t bad people. “Just because we’re good people, doesn’t mean we won’t kill you,” Rick told him. 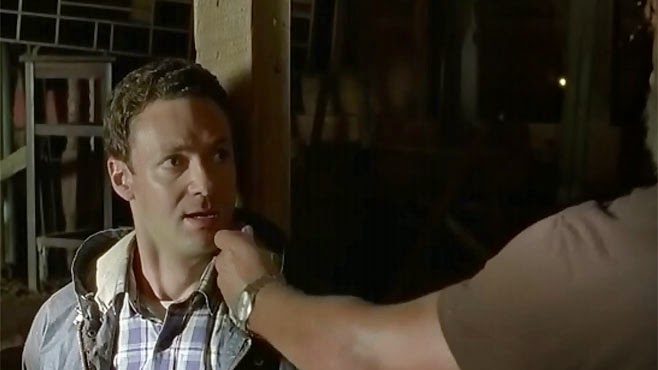 In the end, reason wins out. The group piles into the vehicles Aaron and his partner left nearby. Rick, in his paranoid insanity, decides to take an alternate path—nearly losing more than half the group, including his children, on the walker-choked highway. At one point, there was so much blood on the windshield, Glenn couldn’t see to drive. Even with a possible home in sight, Rick almost lost the opportunity for his crew by pushing Aaron to reveal the location. Once again, Glenn was forced to push his own concerns aside to talk Rick off the crazy ledge. It didn’t stop Rick from stashing a gun in the forest outside Alexandria—guess everyone needs a security blanket.

We heard signs of life behind the walls of the community. Is this the good sign Rick waited for? Can the intrepid survivors stop looking over their shoulders for a while? Hopefully this isn’t another Woodbury. 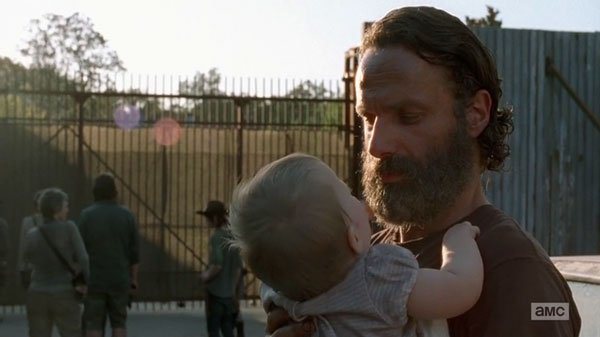