Surprise! Spoilers! It’s the only surprise we’re discussing this week.

Once we were all done scratching our head over Nick’s game of tag with an infected man, the show ran a course so predictable, I could not make myself focus on the screen. This is insane. Why can’t the show manage to start interesting and stay there? Not only that, but I keep catching their attempts to play games with viewers. “Oh, we teased Jack and the Never-Competent Pirates in 201, we better let them lay low until 204. That’ll really shock the audience!” Yeah, no. The arrival of Jack and the others—who are so inconsequential, they don’t get proper credits online so I cannot confirm their names without rewatching the entire episode and I’m so not mentally prepared to do that, it’s akin to torture—was about as exciting as I’d thought it’d be. They cook up a ruse to get onto the yacht using the pregnant woman’s condition to their advantage. Once Madison sets her eyes on the distressed woman, it’s all over. Strand is the only person to freak out appropriately, but he can’t arm himself because Daniel stripped the magazine from his gun. Now we know why all the paranoia last episode. They needed Daniel to be the one to do the dumb thing and salvage the most boring pirate invasion I’ve seen on television to date. 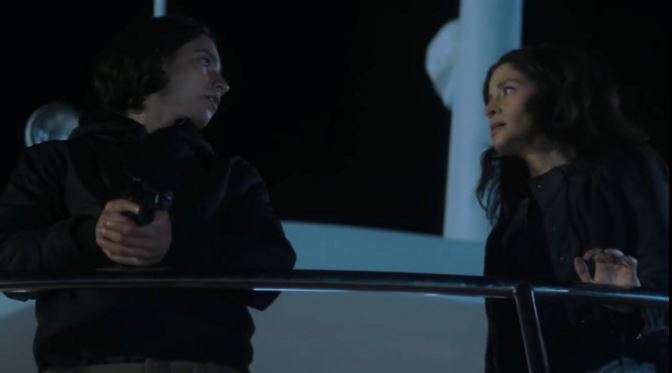 The pirates climb onboard, point a gun, and have run of the ship. Chris even asks, “Do I shoot them,” at one point, like they haven’t been actively trying to dodge these pirates for three episodes. Did they magically forget the threat which had been on their backside not that long ago? Even a warning shot would have proven the group we’re watching has some chance to make it for the long run. If they can’t? Why the hell are we still following them? Why torment viewers with boring characters if the endgame means they die?

With the pirates onboard and Strand without a weapon, he bails. Takes a raft and scurries like a rat off a sinking ship. He’s shot at, popping the raft. Really, Strand’s escape attempt is to take him from the main story and force flashbacks on the show—like the endless flashbacks on TWD season six weren’t bad enough, now this show’s caught the way-back virus. I’m all for character development, but everything we learn from Strand’s flashbacks could have been handled within the plot timeline. There’s no reason to detail his business plans. We already know he’s shady enough to rob someone. The only new information is his homosexuality, again something they could have included later in the season as an actual surprise. Instead they try to salvage his character from Stereotype Land by info-dumping his background and sexuality in unnecessary flashbacks. While they did attempt to drag out the Big Gay Surprise until the episode’s ends, I knew right away what would happen when Thomas touched Strand’s tie in their first scene together. For those with their head in the sand, it’s a thing. They’re a couple. Men on television do not do casual tie-grabs and hand-holding, let alone kissing. Again, this show can diversify itself to oblivion, but cannot weave these characters into a cohesive story with true depth. 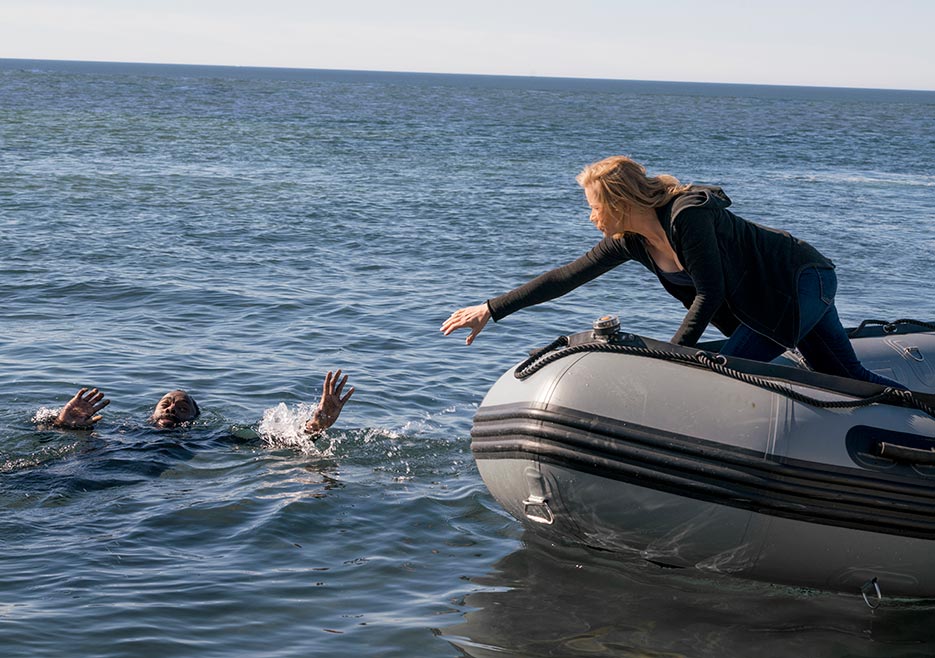 During the pirate raid, Travis farts around pretending he can’t start the yacht. That’s pretty much the plot for the episode. The side plots are Strand’s flashbacks and Alicia negotiating her family’s survival with Jack. Everyone else is tied up and left in the main cabin to bicker or plot escape attempts they never actually see through. There’s no actual action until Connor, the pirate leader, arrives. He sees use in Alicia and Travis, so bags their heads and drags them to his speed boat. Connor isn’t as lame as the other pirate characters. He has morals. But it may be an illusion of a coherent character. He may just be a walking bag of morals. Time will tell.

On shore, Nick’s bizarre game of tag turns into a quest to find a location Strand sent him to. Nick meets with Luis, Thomas’ assistant, who is supposed to lead Strand to the house in Baja. Luis has no clue about the others on the yacht or the plan to take them to Mexico. But because Nick says Strand sent him, Luis grabs a raft and off they go to get the others. They arrive just in time to kill the remaining pirates Connor left. Madison manages to do one thing—stab the man who did all the talking before his boss arrived. The gang is stuck there on the yacht until Luis knows Strand is safe. They’re only getting to Mexico with him. Time to turn around and find the man left for dead. Oh, look, he’s still alive. Hooray. What about Travis and Alicia? They can’t even make a supply run on an empty beach without nearly dying, how are they supposed to attack armed pirates? 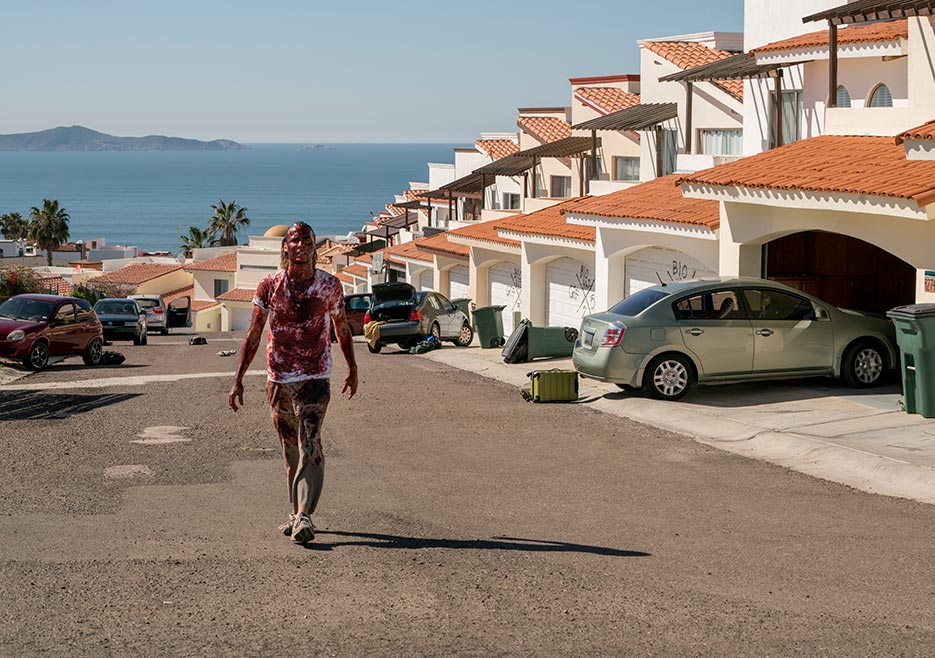 I don’t know how they expect fans to hang around for two more episodes, let alone stick out the entire fifteen-episode second season and the already-purchased sixteen-episode third season. There’s nothing exciting. Scenes which should hold our interest fizzle into predictable messes or are so incomprehensible, they frustrate viewers. I keep waiting to be wowed. I want to be wowed.

Pretty sure this is going to end in disappointment again.