Surf’s up, and so are the spoilers. Surf at your own risk.

The episode opened with, predictably, the survivors the yacht crew would encounter later in the episode. New characters usually bring in a breath of fresh air, but we already know how this will end. We’ve seen this dance before between Madison and Strand. There is no reason to keep dragging new survivors out if they’re only going to kick the bucket. Save the budget for guest stars and hire a few new writers to call them on rubbish plot management. This episode has no real plot, by the way. It’s a pit stop sponsored by deus ex machina. They needed to buy time for Madison to get good and riled about Strand’s Mexico secret, so the boat broke. Then when they needed to make a quick getaway, suddenly an all-day repair took two minutes. There’s no tension in the plot. The group gets in trouble, finds survivors they’ll leave for death, and magically survive to screw up someone else’s life the following week. The only variation is location.

Madison, Strand, Ofelia, and Travis stayed on the stalled boat during repairs, the kids and Daniel hit the beach to salvage supplies from a plane wreck. While searching, Nick ended up in a pit with not one, but two infected. Chris wanders off from the group and finds the lone survivor from the wreck. The man’s spine is shattered. Chris gives him a brutal mercy killing. Before Travis finishes finding the hand lodged in the water cooling system, the beach crew are greeted with Alex—the woman from the first scene—and a lot of infected. They grab what they found in the wreckage and bail, snagging Alex’s life boat and her injured friend Jake. There’s another predictable fight amongst everyone, with Strand firmly on the “No” side. They reach a compromise; Alex and Jake will be towed after the yacht until San Diego with some food and water. Before they made it a mile, Strand doubled back and cut the life boat free. 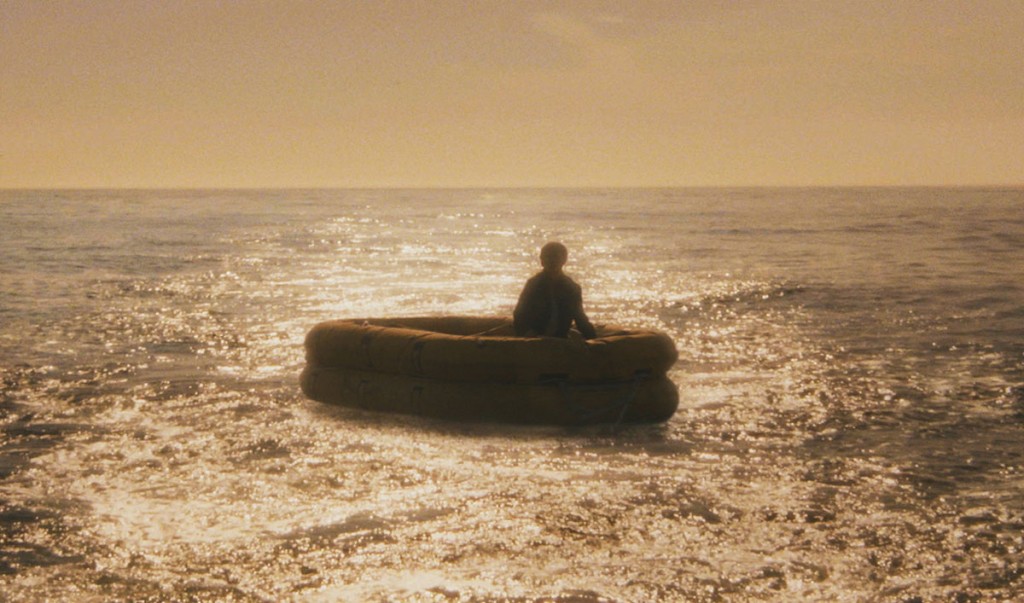 Madison is insufferable. I could go on for days about how flat her character is. She only has an opinion to differ Strand’s. The character doesn’t even make sense to Travis, who has been downgraded to an indentured servant’s social level given how little choice Madison gives him while she wants to save the world with nothing but a boat and friggin’ rainbows. Madison becomes the perfect pawn for writer’s to manipulate. Someone’s gotta be nosey and bitchy? Better send Madison. What about Daniel? He’s the Old Wise Man, shouldn’t some of these mental battles be between him and Strand? Hershel and Dale weren’t ones to pass the buck, let alone to a woman, when group tensions rode high. Why is Daniel any different? Oh. Wait. They don’t want to make a minority character “problematic.” Instead they use Madison as women tend to be used in post-apocalyptic fiction, only there to make matters worse. Diversity is the one thing they got right for FtWD. It’s also something they keep toeing around, leaving Madison to be the bothersome one for fear of backlash. Just write people. Come on. You can do that, guys. No more stereotypes, please. 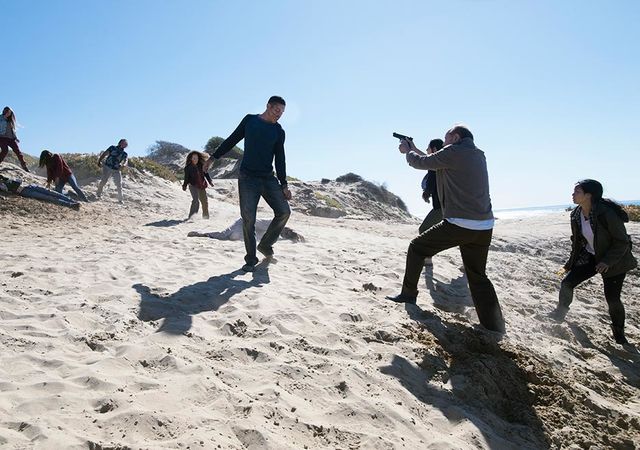 I feel like I’m losing my mind when it comes to the dialog on this show. There were several instances where conversations had no resolution, yet the characters moved on with the plot as though they’d actually said something in the previous scene. When Madison confronts Strand about Mexico, there’s grandstanding about putting family first—probably a red herring about Stand having family—and threats thrown around, but I never felt like they agreed on what to do about the house in Baja. Later in the episode, it’s like they sat there and negotiated a cohabitation plan. The conversation was nothing near that. Then there’s the virtually incoherent conversation with Alicia and Nick on the beach when Nick puts on the captain’s shirt. I was on board with Alicia marveling that her brother is actually with the family, but it took a metaphor turn which didn’t pan out with the performances. Do you know why? It’s a horrible bit of dialog. When dialog doesn’t make sense, actor’s more often than not cannot salvage it for the performance. Instead of the director and writers finding something which fit for Nick and Alicia, they kept the clunky line and killed—yet again—the relationship between brother and sister. The love the writers put on the page is as warm as the crabs crawling from that one infected guy. These people could all be total strangers and it wouldn’t change the relationship dynamics on the yacht one bit.

This is the song that doesn’t end . . .   There is nothing unique or original about this show. Finally, I said it. They rehash things done by other shows—even their own mother show—put it near water, and call it new. The episode title fits the entire show so well; a creature eating its own tail, creating an unending cycle. In the show’s case, the cycle is driven by poor writing. They sit at their computers to scribble an episode and pat themselves on the back for being so creative, drowning out any who say their writing isn’t the bee’s knees.

On to next week. I predict more water, more fighting, and clowns juggling chainsaws.