Here we are! Weeks of slow build up brought us to an unforgettable mid-season finale. Was it the perfect way to tide viewers over until episodes resume in February? Not in the way previous seasons have kept us chomping at the bit to find out what’s happening next. They set a high standard after the season four mid-season finale and its fiery blood bath. The show’s producers would’ve had to set no limits to hit that high a note again. 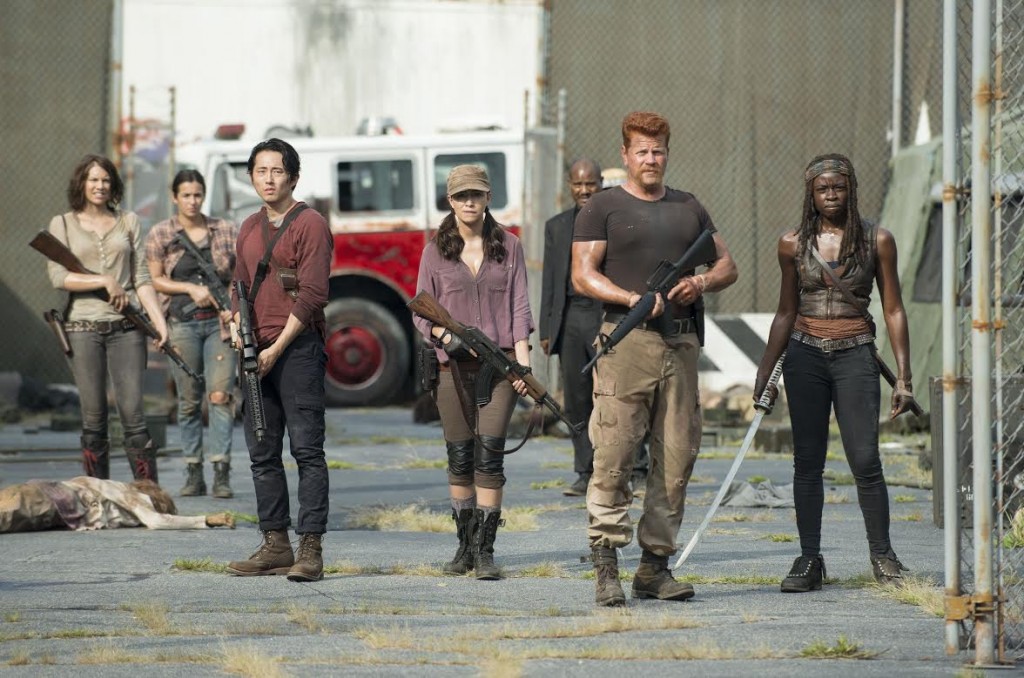 Warning! Episode spoilers a plenty are waiting below.

The episode starts right after the last left off, with Bob Lamson handcuffed and running away from Rick and his rescue team. Taking matters into his own hands, Rick chases down Lamson in a police cruiser, rams into him, and doesn’t calm down until the barrel of his gun is aimed at the fallen officer. Lamson attempts to sweet talk Rick, say they can go back and make the plan work. Rick’s response, “Can’t go back, Bob,” says a lot about the mentality of everyone in this season. They’ve all crossed lines they can’t come back from. The people they once were are long gone. Lamson may have been a decent guy, but after the walkers came, his moral code was dropped in the mud. But his moral code is still cleaner than Rick’s. And splattered on the pavement after Rick was done pulling information from the injured officer. 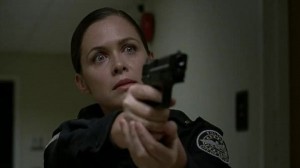 Lamson may have been able to maintain a sense of civility within the hospital—and its backward rules when it comes to the wards the cops order around like slaves. Dawn walks right on by as her officers physically and emotionally abuse their wards, never batting an eyelash so long as they leave her alone. Yet we’re supposed to believe her when she says the things she does are for the greater good, that she’s doing it to help people who’ve ended up in situations like Beth. Her definition of help differs greatly from what’s in the dictionary. Dawn helped by telling her to risk her safety and steal medicine to maybe-save Carol, covering up Gorman’s murder to use as blackmail, making Beth act as her maid, and lastly, ordering a young woman to push a police officer down an elevator shaft. At every turn, Dawn put Beth at risk, all in the name of paying off some debt for health care or covering up a justified murder. Nothing Dawn says can be trusted. She got where she is by manipulation and cold-hearted calculation. Two skills she puts to work during the climax for the episode.

At last, Gabriel may understand why his fellow survivors are so efficient at killing when a threat comes their way. After his escape, he made his way to the school where the Terminus folks made camp the night they enjoyed a little Bob-B-Q. Too bad for him, they aren’t very good housekeepers and left their leftovers on the grill. After seeing first-hand what the Terminus people did, he heads back to the church . . . with a gang of walkers in tow. Carl and Michonne take care of the mess, trapping the walkers inside. Gabriel is ready to pull his weight, telling Michonne, “I can’t run anymore.” He could’ve also been talking about the hole in his foot, but I like to believe the good Father will be a solid part of the crew from here on out.

G.R.E.A.T.M. pull up to the church just in time to help. Everyone piles into the fire truck, taking Maggie to Atlanta to help save Beth. Unfortunately, even with the wheels, they’re too late to do any good. 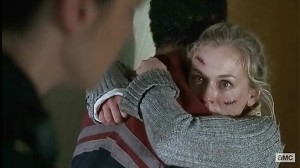 The climax for the episode plays out like an old western—two forces meeting on a road, one leader doing the talking for each side while everyone else is twitchy from nerves. The trade-offs go smoothly. Daryl rushes forward to claim Carol and her go bag. Rick walks the remaining officer forward to trade for Beth. The moment Beth is back with the crew, things go south. Dawn has another stipulation—Noah must return to the hospital. Beth had taken his place in their system. Without either Dawn would have to do her own chores. We can’t have that. Fed up with the manipulation and lies, Beth takes matters into her own hands. Or rather, her own cast, where she’d hidden a pair of scissors before the trade-off. It was the one time Beth didn’t hem and haw about taking action. She saw an opportunity and took it, cutting one head off the hydra working within the hospital. Dawn didn’t go down without a fight. She manages to fire off a single round from her gun. Beth’s bravest act is her final one. A single shot to the head will ensure she doesn’t come back as a walker. It’s a small mercy at the end of a painful few weeks for the young woman.

The reactions to Beth’s death have a bigger impact than the moment Dawn pulled the trigger. Daryl is absolutely broken and takes the kill shot to take out Dawn. Carol carefully pulls him back before the tentative peace the deaths brought is broken. The Greene family have always functioned as part of the heart for the group. Beth’s light kept many of them going during the prison days, her gentle songs and the way she cared for the young ones in their group giving them hope for a future led by the kids she aided. Now it’s just Maggie. She really is alone this time. No big what-if hanging over Beth’s fate. Can she recover from this loss? Can any of them? Losing the innocent members of their strange family takes a toll, chips away a little more of their civility. Another loss like this and they may end up more walker than man. 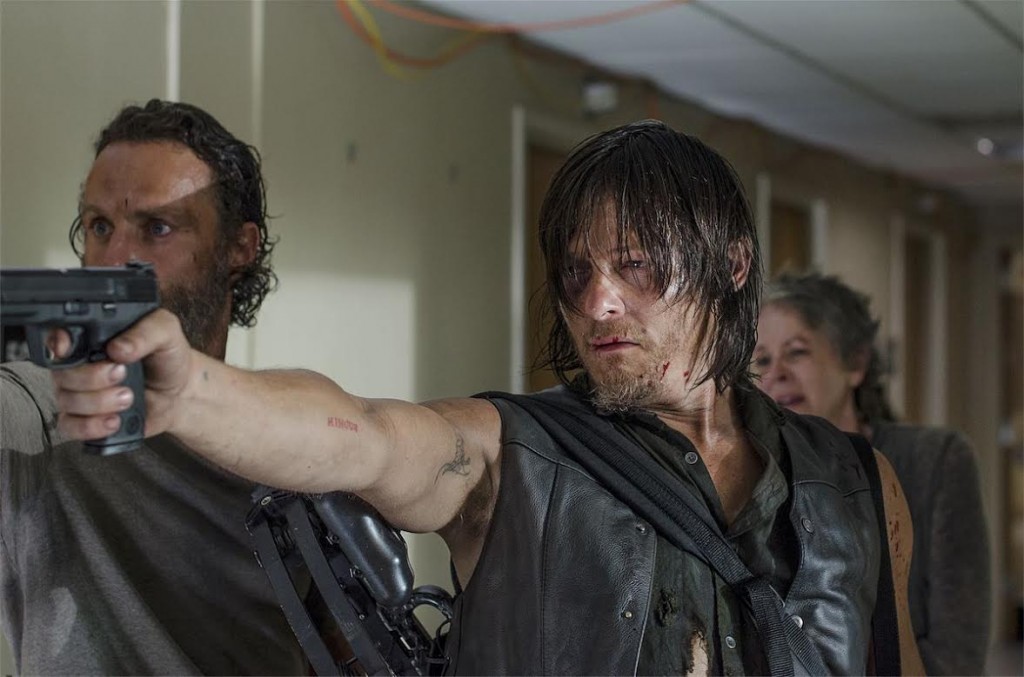 Don’t skip the final scene! Yes, there is a short bit after the credits. Does this mean we’ll see much more of Morgan in the future? I hope so. It’s time to shake things up and bring back some energy to the story now that we’re not mired in the hospital drama anymore.