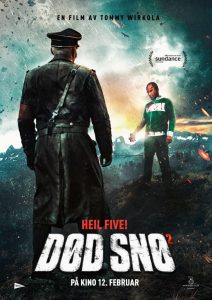 Rated: R (Strong language, graphic violence, and gore)
Starring: Vegar Hoel, Ørjan Gamst, Martin Starr, Jocelyn De Boer
Synopsis: If the worst day of your life consisted of accidentally killing your girlfriend with an axe, chain-sawing your own arm off, and watching in horror as your closest friends were devoured by a zombified Nazi battalion, you’d have to assume that things couldn’t get much worse. In Martin’s case, that was only the beginning. [Official Synopsis]

Most of the film is Martin sprinting here and there to save everyone’s bacon with his accidental zombie mojo. He’s joined by the Zombie Squad and a random guy he reanimated who dies in several horrific ways, only to revive again. They eventually figure out that in order to defeat the Nazis, they must fight fire with fire and revive some Russian soldiers. Sure. That makes sense. Whatever, Martin needs an army and there happens to be a frozen one not far away. 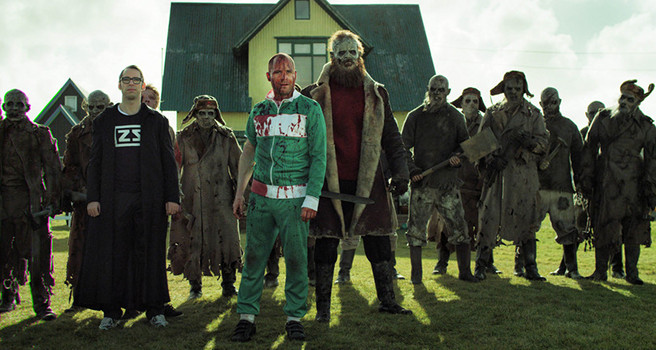 There’s a load of fighting in the film. Fear not, those who want blood and gore. All the fake blood in Europe went into the numerous full-scale fight scenes and many more skirmishes. What I love about the filmmakers? They didn’t avoid daylight. The fighting pretty much all takes place out in a brightly lit field.

All that light means the makeup must be on point. They did not disappoint. A few designs didn’t stand up to the harsh glare—looking at you, Russian dudes. But the tried-and-true Nazi zombies were brilliantly detailed, along with the mundane zombies turned along the way. The death gags were insane. So many were wrong to the point I couldn’t stop laughing. This is how you add laugh beats to violence. Just silly, unexpected intestine humor to bring up the mood before more blood flies. 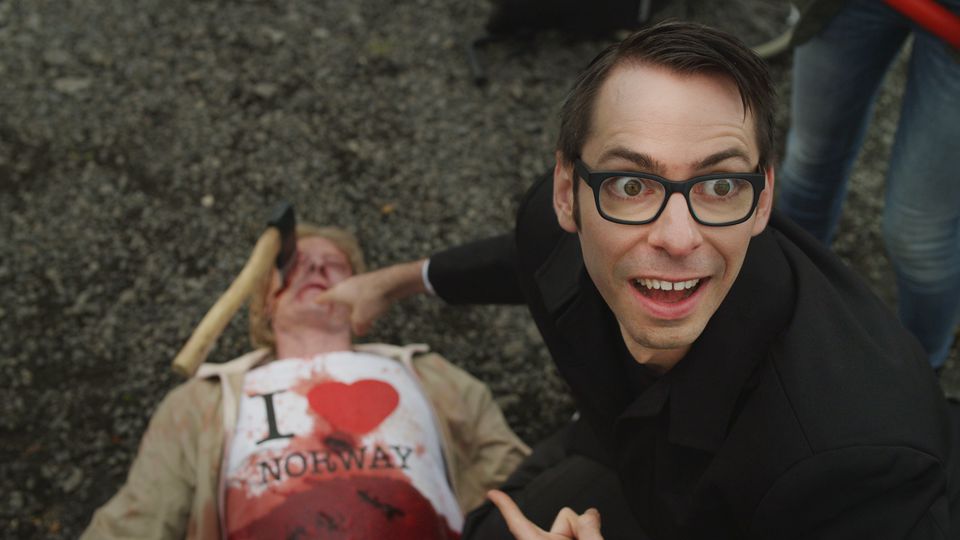 The local cop side story bogged things down a little. For the most part, they’re slap-stick comedic relief. It’s like the streams crossed somewhere and a story line from Hot Fuzz came over to screw with the timing. They did have a few good laugh lines.

Overall, I’m giving Dead Snow: Red vs Dead four bars of Nazi gold out of five. This series continues to amuse me while never failing to stun visually. It’s something to show your friends which won’t make them groan and walk from the room.