We’re back to tackle another round of myth bashing Zombie Survival Crew style. This segment is here to help you, loyal brigadiers, from using bad information to protect yourselves during the Zombiepocalypse. Your safety is important to us.

Myth: There is no way to build a functional zombie trap. 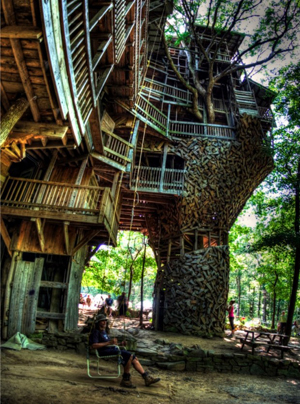 Fact: Well, not if you go into the planning stages expecting to remake a mousetrap in human size. Laying a bloody arm on a wood platform and rigging a pressure switch to release a giant iron bar to crush whatever happens to get in the way seems like a cool idea (and yes, I did consider building one just because it seemed cool) but that isn’t what we’re talking about here.

The idea behind a zombie trap is to capture and dispose of as many undead as possible with minimal risk or loss of human life. Given that we’re placing these traps in what will likely be a wasteland after the first wave of attacks, there isn’t much concern about how much collateral damage these traps cause.

With that in mind, I say kill them with fire.

Many of the zombie trap designs I came across while researching involved making modifications to your home that would contain one or two zombies at a time, allowing you to dispatch them with a blow to the skull. That’s all well and good if you live in a rural area with a low population. The more people around you, the more potential zombies are lurking next door.

Down the road from my current undisclosed location is a string of abandoned warehouses. These were businesses that went belly-up in the latest financial crisis and just locked the doors, leaving everything inside. A few of them have mountains of wooden pallets. While scouting locations, I came up with this zombie trap plan:

Cut off a quarter of the building’s interior with chain link fencing that will withhold a good amount of weight. Make sure this portion of the building has at least three exit points. This is your staging area, be sure to secure the exterior of each exit point with solid walls of metal sheeting. In the rest of the building, lay down old carpeting and stack up anything flammable to create a maze of sorts. Cover all but one door and seal any windows that can be used to escape in that portion of the space.

Now for the part that can get a tad hairy if your team isn’t prepared. You’re going to have a party. Not really, but that is about the noise range you need to reach in order to draw the zombies in. Be loud. Light a barbecue (outside, that place is rigged to ignite FAST). Basically, you’re advertising that humans are present and waiting to be slaughtered like teens at a summer camp.

Once the zombies find a way to get to the yummy humans inside the building, you need to act quickly. Prepare about half a dozen or so Molotov cocktails and have them ready to go. Light and chuck them into the stacks of flammable materials. Once the building goes up, so will the zombies. Don’t worry about blocking the door they came into. They’ll bottleneck trying to escape.

Is my zombie trap a loss of resources? Yes. But if you plan to stay in the city, sacrifices will need to be made in order to put a serious dent in the undead population. It isn’t the perfect zombie trap, however it will work if done right.

Do you have a zombie trap planned? Share it with us in the comments.

Is there a zombie myth you think we should dig into? Send to us in the comments