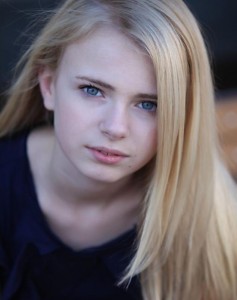 Stand aside, Yellow Brigade! Second Lieutenant Addy Miller is stepping up to the spotlight! This vibrant and fearless young miss has both the brains and the courage to both lead and inspire us all when the inevitable finally begins. While many of us will always remember her as the pajama-clad undead waif in the opening sequences of The Walking Dead pilot episode Days Gone Bye, Addy is no stranger to the industry. At the age of twelve, she is the youngest member of Zombie Survival Crew Command, and it goes without saying that this bright young shining star will only shine brighter as the days grow darker.

Beginning her career as a child model at the age of four, Addy first appeared on the big screen in 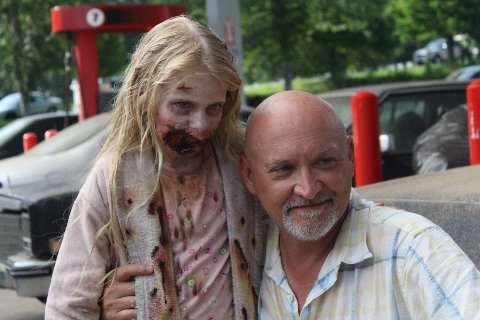 2008, starring as the younger Lily Owens (Dakota Fanning)  in the award-winning film, The Secret Life of Bees. She went on to make guest appearances in the television series Tainted Love, and it cannot be mere coincidence that she also had a small role in Blood Done Sign My Name with Special Forces Commander Michael Rooker. In 2010, working closely with director Frank Darabont and makeup guru Greg Nicotero, her brief appearance in The Walking Dead earned her a permanent place in the memories of zombie and horror fans everywhere. From there she continued on with appearances in the television film The Shunning and the series It’s Supernatural. Her preference for roles that challenge her to draw upon the darker and more difficult human emotions set her apart from other child actors, and she holds herself to her own high standards at all times. 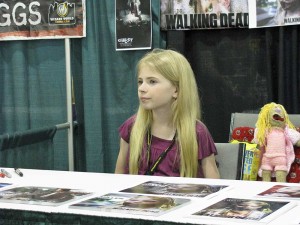 Addy has very quickly become a regular in the comic-con and horror show circuits. When her busy and demanding schedule allows, she can be found touring and meeting fans from all over the world.  This straight-A home-schooled student has been active in raising awareness for autism through public events, charity auctions and much more. Addy also has an interest in the goings-on behind the camera, and it wouldn’t surprise any of us a bit if she were to try her hand at directing, writing or producing somewhere down the road.

Addy has been working hard and has several upcoming roles in both film and television. She has recently worked on several films including Plan 9 and Nowhere. She has also appeared in the short films Burying the Truth and Red Rose.   Currently in production are Sick People, Dark Places and the Kickstarter-funded horror film The Devil’s Tree.

Keep watching! This young star can only soar higher and shine brighter.