This was a hectic week in the ZSC Command Center, with a good number of our commanders off in Sacramento, CA for Wizard World Comic Con. Perhaps it was the insanity of our week transferring, but somehow this week’s episode of “The Walking Dead” felt just as discombobulated.  Disconnected.  Schizophrenic.  The scenes jumped around a lot. Possibly to force the show’s pace to pick up again after last week’s slow-down to focus on Daryl and Beth? Whatever the reason, the latest episode fell somewhat flat. The energy was forced, when in reality not much actually happened to progress the plot until the end of the hour. With that in mind, let’s see what some of the characters were up to this week.

You know the drill. There’s spoilers below this text. Read ahead at your own risk. 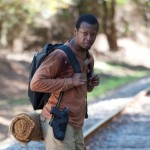 The episode kicked off with an unexpected flashback showing Bob’s life in the week or so before Glenn and Daryl found him and brought him to the prison. He’d been completely alone, drinking cough syrup because there’s no liquor stores when wandering in the wilderness, and hardly doing anything that’d be considered truly living. There hasn’t been a flashback on the show—a true flashback, unlike Michonne’s weird dreams and hallucinations—in quite some time. Some viewers may have been confused, wondering where Sasha and Maggie were if Bob was alone and looking like he hadn’t shaved or seen bath water in over a month. While the flashback drove home the suck-fest that is surviving alone in the zombie apocalypse, it wasn’t necessary. Bob’s argument with Sasha later, the ragged emotion in his voice when he tells her about how awful the isolation was as he wandered aimlessly without anyone to watch his back so he could get even a couple hours of sleep, told the truth of the loneliness far better than a confusing flashback. Which only added to the disjointed feeling of the episode. 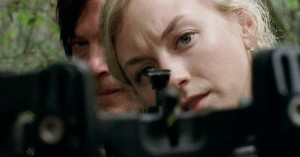 Strangely, instead of touching base with the show’s lead character, Rick, we caught up with Beth and Daryl again. Who we saw for an hour last week. Show runners are really driving that pair home in the minds of fans.  Methinks the lady doth protest too much. We get it. There’s something brewing between these two. Short of renting an airplane and writing it in the sky, there’s not much more the writers can do to inform us this unspoken something between Daryl and Beth will be romantic. Though honestly it wasn’t until Daryl, the man who had been a nomad long before stumbling across his first walker, suggested settling down that the idea of a relationship between the two fully clicked. This is an instance where subtly was thrown out the window… which isn’t fair to fans. Watching something brew between two characters organically, like what happened with Glenn and Maggie, is part of the thrill. Daryl and Beth feels like fan service. Would it happen eventually without them forcing it? Probably.

As far as the characters know, they’re the only survivors from the prison. Everyone they knew is gone and for the most part, whenever they encounter new survivors, the newbies try to kill them. Take Beth’s random abduction, for example. Who has gas left over a year into the apocalypse? Even the group at the prison had to start rationing gas. Michonne took to riding a horse or walking on her numerous trips out to track the governor.

But they’ve introduced yet another group of survivors, led by a guy named Joe. 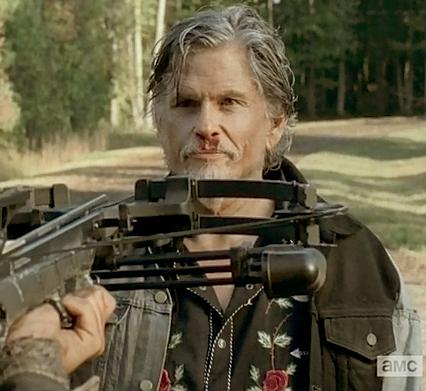 Right off the bat, it’s obvious they won’t take any guff from Daryl. But are they friend or foe? So far, they’ve only threatened violence if Daryl does something rash and stupid. Will they help him find Beth? Who knows? Joe and gang weren’t on screen long enough to do more than tease their existence.

When will we catch up with the other survivors? What do you think is happening with Glenn, Rick, Michonne, Carol, and the others? Let us know in the comments below.