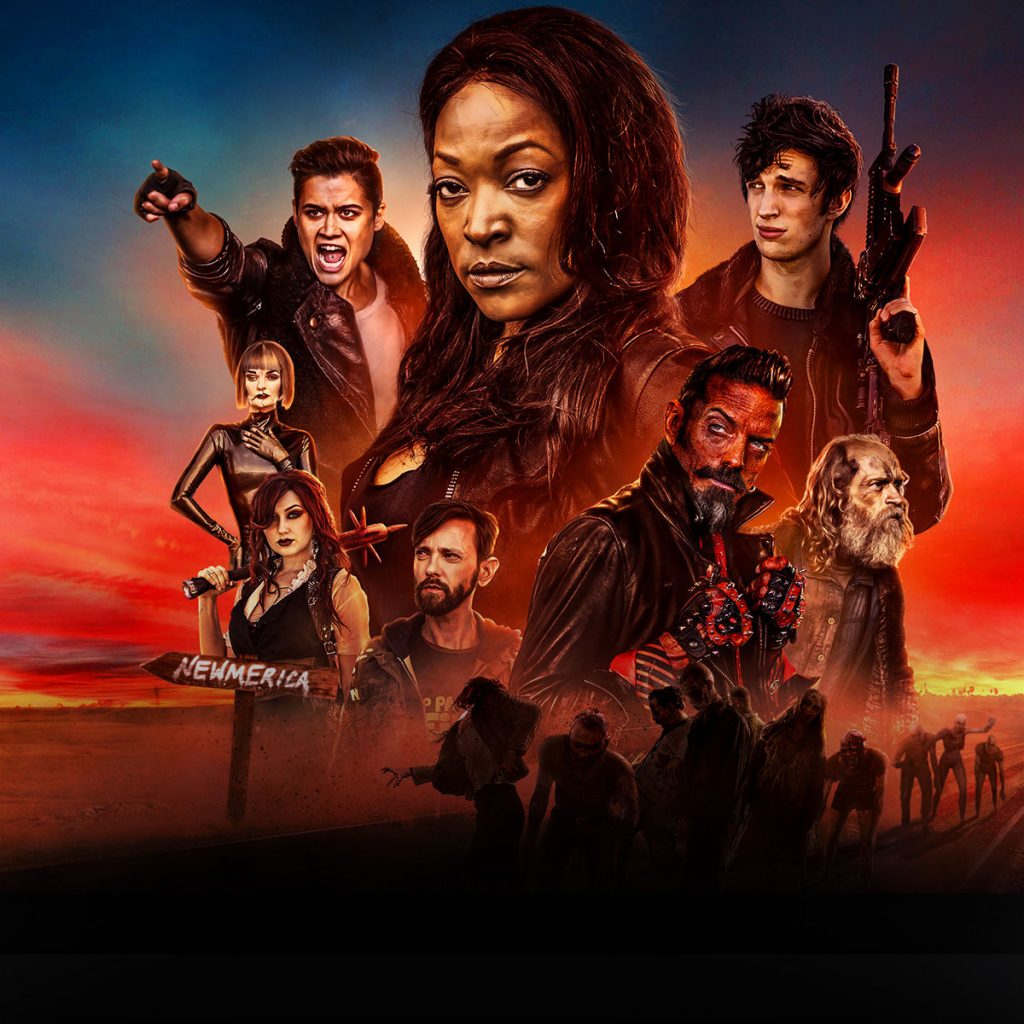 Killing All the Books:
Review for Z Nation 505
by A. Zombie 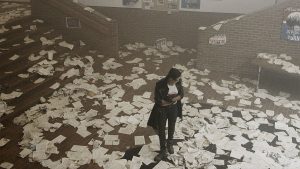 Explosions stalk Roberta and the gang from settlement to settlement, leaving behind countless casualties. All those new Talker mouths to feed deplete the already meager supplies. The rescue efforts morph drastically from reviving the newly dead to making hard decisions about whether or not it’s more humane to put the new Talkers down before they go rabid. George is not ready for this side of leadership and has a few full blow meltdowns. Then again, who really is ready to look the people they’ve promised to protect in the eye moments before ending their life for good? If not for Roberta’s guidance, George may have faltered too long, allowing a full-blown outbreak to happen within Pacifica’s fences.

It’s not like they’re not already dealing with a zombie horde. Like the other bombing, zombies somehow find their way through the fence after the initial explosion. Later, Doc discovers that the zombies are actually the cause of the explosions, not simply drawn through a sabotaged fence by the loud noises. The zombombs are brilliant, really. There’s no telling where the dead will wander, so it’s a recipe for maximum chaos. Unfortunately, that means when a stray zombomb wanders into the library, Doc is forced to try to disarm it somehow.

Doc has to work fast. Not everyone has been evacuated from the library just yet. While others triage wounded and dying outside, he, Citizen Z and Kaya scour the building. The young couple look for JZ and Nana—who are safely hunkered down in a closet in typical Nana style, so no worries. Doc tracks the wayward Z after getting a little information about the possible bombers from a new Talker. Everyone’s paths cross just in time for a group effort to lead the zombomb into an elevator shaft. 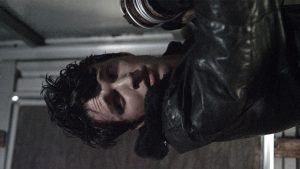 When everyone is safely outside, Altura finally shows up to help. But they’re only helping the humans. And they didn’t bring any bizkits for the newly turned. In order to not be in the dark about Altura’s plans anymore, Roberta sends Citizen Z, Kaya, and their family with the other humans to be her eyes on the inside. With nothing else to do, Pacifica’s remaining citizens take on the arduous task of reorganizing the murdered books.

If they’re going to stop the bombings, Roberta and George need to find Dante and get his story. With Doc by their side, they strike out into the world, once again looking for the missing Talker. Or any answers about the bombings and zombie attacks at all. They’re working with less than nothing since each time they settle into a new base of operations, it’s blown up. 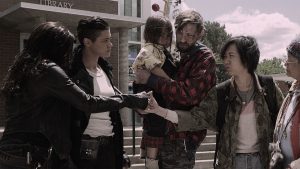 Back in Altura, 10k still isn’t coping with the loss of his hand well. Shooting practice leaves him even more certain he’ll never recover his skills with a gun. The crude hook hand isn’t comfortable and is hard to operate. Instead of continuing to take his frustrations out on Red, 10k goes for a walk. During his walk he encounters Altura henchmen corralling a zombie in a warehouse filled to the rafters with the undead. And then he’s accidentally locked in a van with them. Guess that hook came in handy afterall.