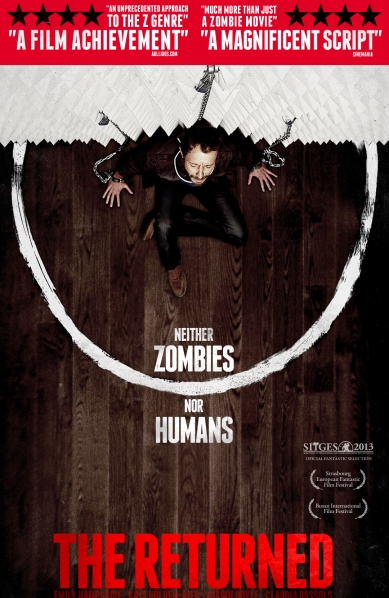 Kate (Emily Hampshire) works at the hospital in the Return Unit, helping those who have been infected by the virus that turns people into zombies. Kate’s dedication to her work is absolute, but few people realize that for her it is also a personal matter; Kate’s own husband, Alex (Kris Holden-Ried), has been returned.

After various brutal and prolific attacks at the hands of Anti-Return groups and rumours that the “Protein” stock is running dangerously low, Kate fears for Alex´s safety. Suspicious of the government’s order that all the returned should report to a secure medical facility ‘for their own safety’, the couple decides to flee, taking with them all the doses of “Return Protein” they have. At no point does the couple imagine that the real threat is a lot closer than they think…

The Returned came from the same house as the [Rec] series, and the quality shows. I went into the film expecting one of the random, low-budget films that are usually slid under my cell door. Boy was I in for a surprise. While The Returned isn’t a blockbuster, it’s not something to snub at a glance. 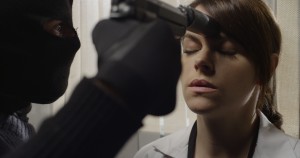 Let’s get down to it. The film starts with what feels like a random, bouncy flashback scene. It isn’t entirely clear why we’re seeing this scene until the final minutes where it becomes clear this is a pivotal moment in Kate’s life, one that shapes how she deals with the fallout of so many harsh decisions from those around her. The importance could’ve been made clearer. Possibly by cutting some of the post-production additions—all the “noise” added to make the footage feel old—and pushing the credits until the following scene set in the present time.
As for the characters, I’ve found a rare film in that none of them are, as I call it, Too Stupid To Live. Every decision made throughout the movie is thought out, or when done impulsively there’s decent character-driven reasons, as is the case for Jacob and Amber when they ultimately are forced to make a hard decision that may put them at odds with their friends, Alex and Kate. 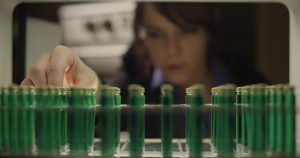 There’s not a lot of zombie action on screen. The film instead focuses on society’s inability to adapt to change and accept a new species of people. Because, that’s what the Returned are, something new and unpredictable. Forced to rely on a daily dosage of drugs, the Returned are given the same treatment as homosexual AIDS patients by the media. What happens when they stop taking their treatments? What will they do to others without treatment? How fast will this disease spread if the government doesn’t step in and micromanage their lives? Wouldn’t it be better if they were all just killed—gunned down while idiots seek to coddle the monsters? We recoil at the truth of it—anything new and uncertain is automatically handed a death sentence. That’s the way humanity is hard-wired. Kill the unknown to spare the larger population. Never mind who is traumatized in the process.

The Returned is a slow-burner. The plot pushes steadily forward, forced along by the characters, their decisions and reactions, and not the evil undead waiting to tear them limb from limb. This is not an action film. It’s a statement on a society that cannot change without first destroying itself. If you want hack-and-slash, keep moving. However, if you’d like to think about the implications of how zombies would change everyday life, give The Returned a chance. I’m giving it 3.5 bloody scalps out of five.