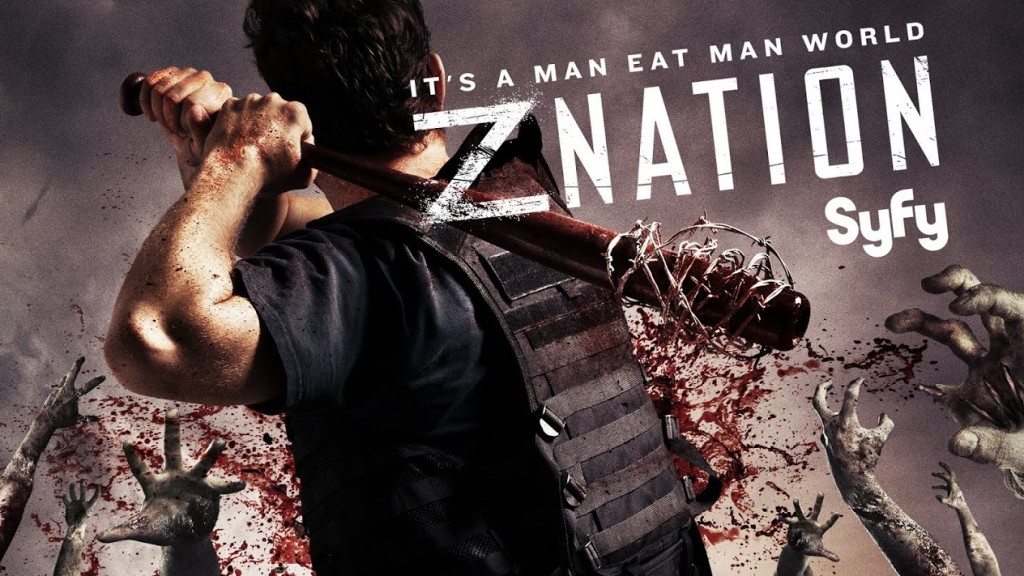 Full Metal Zombie
Review of “Z Nation” 104
By A. Zombie 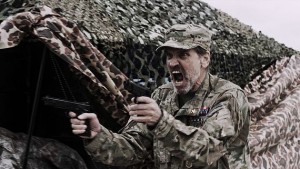 The brain trust SyFy thinks we want to follow through the zombie apocalypse is at it again. This time their antics start in Pennsylvania—smack dab in the middle of Amish country. Their mission is to locate the Emergency Headquarters Infection Control in McLean, Virginia. There’s more than a few hiccups along the way. Yup, you guessed it, more vehicle trouble. Plus, a special guest star. Like it makes up for all the poor decision-making skills demonstrated during the episode.

We get two glimpses into 10k’s past. Unfortunately they cover the same event in his life. The first instance is 10k simply telling the group about how he struggled after his father died—he couldn’t put him down for good even when he came back a zombie. The second instance comes later as a full-blown flashback to the moments before his father passed. Character development is great and all, but most of these characters get one solid tale in their backstory and everything about them leans heavily on that moment. 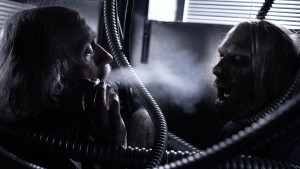 Unless it’s Citizen Z. We know nothing about this guy aside from he’s a NSA employee who missed a doomed flight out of the frozen tundra. He’s weird as hell and has developed a new hobby—cyber-stalking Addy. This character has gone from quirky to creep in a blink. He hacks into Addy’s social media page and proceeds to carry out hours of idle chit-chat with himself as her. I know he’s lonely and all, but his behavior is disconcerting. It’s also dangerous. Citizen Z mistakenly sends the group toward what looks like a functional helicopter in McLean, Virginia. If he’d paid attention, he should have easily seen the truth.

The car problems on this show have hit ridiculous levels. In this episode, they end up car-jacked and taking over the thieves’ broken-down VW Bug. Further down the road, they find the original thieves in the middle of another car-jacking, but this time a soccer mom, her husband, and their two kids are the ones who drive away in Warren and Garnett’s truck. Shortly after that, the zombies get the family and our survivors recover their truck. Even though they have wheels again, they still opt to locate the helicopter. 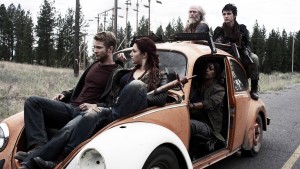 Enter, Bill Moseley. Yeah, the crazy face-wearing guy from House of 1000 Corpses. In this episode, he plays bat-poo crazy General McCandles. Doc is the only one who gets through to the general. After Doc sees not only McCandles’ mental condition, but the nasty zombie bite he’s sporting too, he realizes this may be a lost cause. Except, he doesn’t get to pass the word on. McCandles tosses Doc down an airshaft, where he makes friends with the last doctor to upset the general. By friends, I mean they share a joint and there’s a moment where the undead doctor isn’t trying to actively eat Doc’s face. For a little while, we think Doc got blown up for nothing—the helicopter has no propellers and is surrounded by crates of who-knows-what—but he emerges from the building looking way too close to a zombie for comfort.

So the fast-track to California is out. They’ll have to risk driving to California. With the way they go through cars, it’s honestly a miracle they’re still in possession of wheels not attached to roller skates.