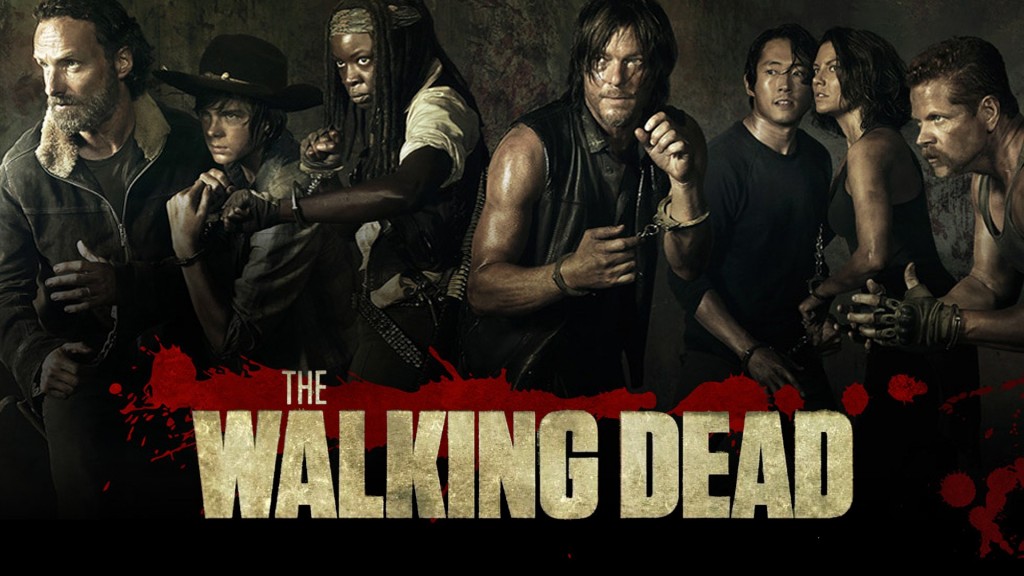 Shh . . . . Was that rustle a walker or a spoiler? Tread carefully. 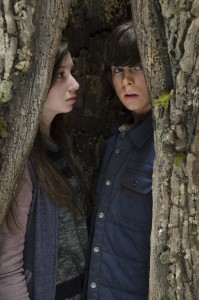 Death rituals in the zombie apocalypse are odd. More often than not, there’s no corpse to bury or they’ve been forced to cremate their pals because there just wasn’t time to dig a grave. Deanna and family memorialize Aiden by listening to one of his mix CDs. Music has been a vital part of this season, keeping the tone just a little off balance. Aiden’s death does the same to Deanna. She isn’t thinking as rationally as usual when it comes to confrontations and playing the intrigue games they’ve already established between the factions. Typically it’d be an ideal time to pounce, but her opponent isn’t playing with a full deck, either.

At least this means Deanna won’t have time to yell at Sasha for going Lone Ranger in the forest around Alexandria. The second Michonne discovers that Sasha is gone again, she takes off after her. Rosita tags along to be the voice of reason. “You seem screwed up that we found something,” Rosita says to Michonne while they’re on Sasha’s trail. She holds a mirror up to Michonne’s guilt about Noah’s death—if she hadn’t pushed, they wouldn’t have been there for him to die. Irrational, yes. Just like Sasha’s quest to single-handedly decimate the walker population. She’s not a human nuke, but does make an impressive dent in the walker numbers near Alexandria—with assistance when the dung hits the fan at one point. Not that Sasha wants or needs Michonne’s help, of course. She’s beyond saving.

Someone else blows off steam by taking out a few walkers. Carl follows Enid out into the woods on one of her numerous outings to simple run free, away from the nightmares. She’s got a few tricks up her sleeve to deal with walkers—including using a kitchen timer to draw them away. At one point they end up cornered by a horde and hide inside a dead tree. Enid tells Carl, “It’s their world. We’re just living in it.” Which them? The walkers who outnumber the living? The adults making all the wrong decisions, costing the children their homes and loved ones repeatedly?

Things in Doc’s house aren’t getting any better. Carol is fed up. She wants to see an end to it and prods Rick toward making a decision. She’s been digging into the problem. Discovered that Jessie tells Sam to lock himself in his closet during Pete’s outbursts, and once Sam came out of the closet to find her unconscious, bleeding on the floor. Rick decides to try negotiating before following Carol’s suggestion to kill Pete. Rick’s idea of good negotiating techniques may need some work. Like, say, not cornering your opponent in a graveyard. Deanna has all the right answers to Rick’s suggestion—separate them—but she’s thrown for a loop at the suggestion that they kill Pete if he doesn’t comply. The answers aren’t enough. Rick pokes at the hornet’s nest, goes to Jessie and tries to make her see that she can’t fix what’s wrong with Pete.

“If things get worse, it means he’s killed you and I’m not going to let that happen.” 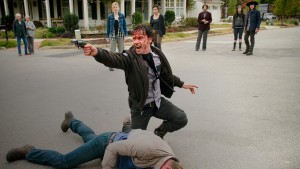 Why is Rick fixated on solving Jessie’s problems? Is this an attempt to save one woman, therefore saving the countless others he’s failed since waking in the hospital so, so many moons ago? Certainly it can’t be love. How wrong it is that we question his motives so much simply because he wants to do the right thing. But he’s going about it all wrong. His motives may not be transparent, but the window Rick and Pete break through during their fight is crystal clear—and shattered like Rick’s hope for a future in the walls of Alexandria.