The dead guy this time around is frat bro numero uno, Chad Wolcoff. He was the guy everyone relies on when they just can’t make it through their fourth beer bong. He was also a prick notorious for getting his bros in trouble with his pranks—one guy landed on the sex offender’s list after Chad told him to streak and set his path to take him past an elementary school. Chad’s offed by someone in a giant furry blue bear suit. How hard can it be to track down a suit so distinctive? Impossible, judging from Clive’s numerous failed calls to local costume shops.

Liv on bro brain is a peach. She cakes gaudy, glittery makeup on Ravi’s face, topped off with “FART” written on his forehead. She also drinks like a fish, belches, and talks like a brain-dead idiot. She’s dead, but her brain is fully functional. Thankfully. Or not. Her visions aren’t much help. Except one. Her second vision introduces them to the other Chad Wolcoff. This Chad spends him time talking to teens about the dangers of drunk driving. Chad and Chad faced off a while back when BroChad got drunk and posed as SoberChad at a school, where he proceeded to tell teens it’s cool to drive drunk. After Clive finally finds the bear suit, he thinks they’ve hit a dead end. Sonny and his girlfriend were at home having Furry Relations (much to Liv’s amusement) the night of the murder.

Turns out, Sonny killed the wrong Chad. SoberChad wasn’t always straight-laced. Back when he was fifteen, he hit and killed Sonny’s father. Because he was a minor, the punishment wasn’t as severe as Sonny would’ve liked. Over the years Sonny looked for Chad. When he found BroChad online, he wanted to face him again. BroChad didn’t make a good first impression, obviously. 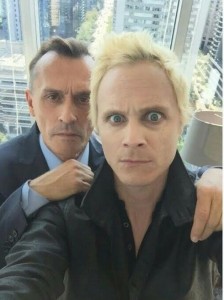 This episode was Blaine-heavy. He’s concocting a drug war between himself and Mr. Boss, the local Big Boss when it comes to the drug trade. A position Blaine wants desperately. He sets up several rich kids amongst high-end clubs to sell his Utopium. In return, Boss orders hits on every last one, including Speedy, Blaine’s face-man for his business. Undaunted, or already prepared for this rebuttal from his nemesis, Blaine pays a visit to the District Attorney, who just happens to be one of his best brain-buying customers. They reach an agreement to start a case on Boss, but it’s going to take some hefty bribes to undercut the firm footing Boss has in the city. That’s okay, Blaine just needs to pay a visit to his dear daddy, played by Robert Knepper. As expected, Angus DeBeers just like his son. Blaine uses every manipulative trick in his book to work his father, finally demanding half a million dollars or he’ll overthrow his father, take over the family business, and lock Angus in the looney bin . . . just like Angus did to his father. Now Blaine has the means to take over the Utopium drug trade in the city.

That’s good news for one character in particular. No, not Ravi; he’s still drawing blanks when it comes to finding the tainted Utopium. However, he thinks if he can understand the drug, he’ll have a better chance of figuring out a zombie cure without the specific strain from the boat party. This leads to Ravi begging Major to join him on a drug-seeking mission at a high-end club. Ravi floats on an euphoric cloud, attempting to monitor his reaction to the drug with the voice recorder app on his phone. Spoiler: the audio provides little to no help the next day. Bored watching his friend have all the fun, Major takes Ravi’s second vial of Utopium. Then he wants more. When we find Major again, he’s passed out in the bathroom. A stranger finds his phone and calls Liv. She dutifully drags the kite-high men home. But before the cab drives a foot, Major grabs her phone and throws it out the window, telling her, “They can hear you and they’re always listening.” Or something to that effect given all the slurring. Liv and Major have a bonding moment on his bathroom floor. He asks her to stay and take care of him. She’s elated, thinking they’re finally on speaking terms. The bubble bursts the next day. Major replaces her phone, but won’t see her. Guess who’s falling down the Utopium hole? Yup. Major’s an addict. It’s either that or stew in guilt over the man he killed and the many more he’ll murder to keep Max Rager’s goons from going after Liv. 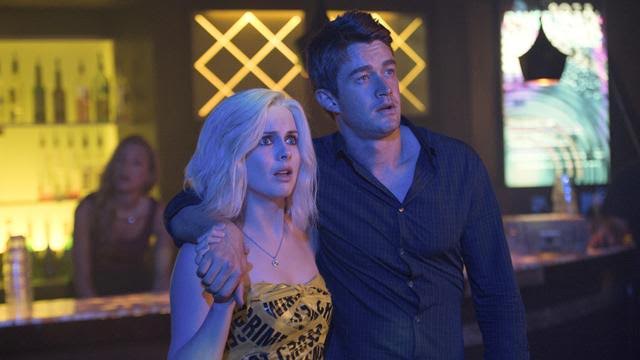 How much longer can Major keep the wolves at bay, though? He almost spills the beans to Liv twice in this episode while under the influence. What’s stopping him from blabbing to Ravi? Even if he does, there’s not much they can do to take down Max Rager short of killing Vaughn Du Clark.