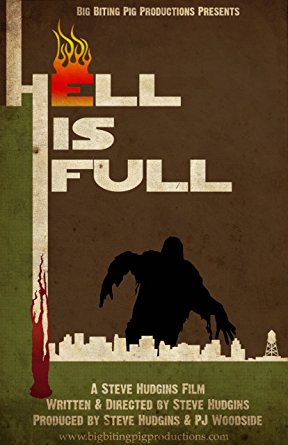 When I grabbed the movie, someone mislabeled this 2010 film as a 2016 release, so I’ve had to marinate on what I saw for a little longer before delivering a final verdict. Six years, believe it or not, makes a difference when debating these ultra-low budget films. A current iPhone in place of whatever they used here would’ve greatly increased the film’s quality . . . and maybe spared more cash for makeup. We’ll get to that in a moment. First, the story. 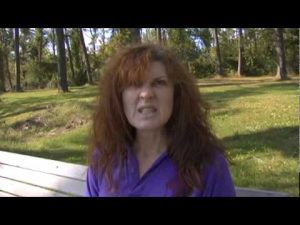 A fiery object falls from the sky, landing in the front yard of home in a small Midwestern town. The curious family calls Uncle Brad, with his university connections, to investigate. He burns himself on the frigid bucket holding the mystery lump, but has no other issues driving it away . . . for a few miles. Brad makes it to the hospital, but no further. From there, chaos invades their quiet town. A sickness spreads through bodily fluids—and given half the town’s proclivity for cheating, it takes no time at all for things to get out of hand.

It’s not a very original story. So how’d they punch it up? By presenting the entire plot backwards. Each citizen in town who turns zombie gets their own death vignette, starting with poor Joe. Joe’s girl is cheating on him and her sister has the hots for him, but he’s just so loyal to his gal. He’s also a pretty good neighbor, bringing Johnny his truck after finding it on the roadside with mystery stains—he, no joke, asks an obviously ill Johnny if the red stuff on the truck is blood, so be prepared for some interesting dialog choices throughout the film. As the story winds back to the outbreak’s origin, we’re taken on some misadventures with the locals. Brace yourselves for quite a bit of lowbrow humor sprinkled throughout. Any time a man gears up for a joke, assume it’s insulting on fifteen different levels. Just so it’s not completely predictable, the plot does wrap back around to the present for an epilogue of sorts. Format wise, it’s not bad. But the writing itself is . . . not award-winning. It’s an easy script for a small-ish group to shoot in a reasonable amount of time. Could it be better? Definitely. Could it be worse? I’ve survived far worse indie films than this and decided they weren’t even worth writing about, so it has that going for it.

What the film doesn’t have is any makeup. Okay, that’s an exaggeration. The makeup present is just super subtle. With a few exceptions, the zombies rely on fake blood and movements to sell the gag. Within those zombies, only a handful really stand out as astounding creature actors. Playing dead is harder than it looks; kudos to anyone shuffling the good shuffle under all that makeup. There’s no real standard look or movement style. It’s like they let the actors do their own thing most likely just to save time, which leads to some amusing bits. Unfortunately, the camera angle sometimes obscures what’s going on and only half an undead performance makes it on-screen. I suspect this is due to space issues shooting inside real locations and not sets with cut-outs to position cameras “inside” walls for better angles. Paired with whatever they filmed with, it makes some scenes the very definition of “uhm . . . that’s creatively shot.”

Overall, I get what they wanted to do, but the script and budget just didn’t do the concept justice. Hell is Full gets one and a half mangled mandibles out of five.