Call me crazy—most people do, anyway—but I was under the impression most television shows currently on the air wanted viewers to connect with and actually like the main character. If Bailey Barker’s brain is as close to pre-z Liv, it’s a wonder they based a show around her at all.

At her core, the Liv we find somewhat plucky and charming at times should be interesting beyond her profession. I have no doubt if allowed to live her life, Liv would’ve gone on to become an extremely competent doctor. She’d probably stick to the ER though because her bedside manner is like being comforted by a decade–old dead guy. I could never imagine hyper-focused Liv with a private practice. Yes, they dragged out the “She’s missing Drake,” tidbit yet again to drive home the idea that she can’t cope as a functional kinda-human without her beau by her side. But while she’s at it, can she come over to clean the command center? 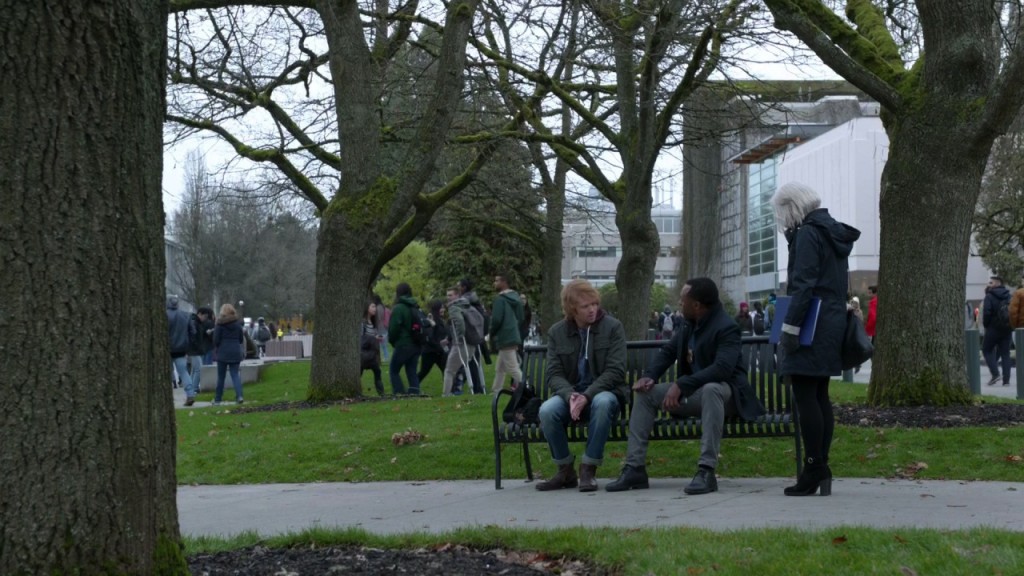 With Ravi in on the truth behind the Chaos Killer’s identity—thanks to sleuthing far better than the pros, by the way—he’s on board to help Major figure out how to stay alive. There may never be full trust between any of these people when all these secrets hit the fan. So what’s one more? Major insists Liv remain on the outside. At least until their mad scheme is complete. The guys need to figure out how to cure the memory side effect from Cure 2.0. Unfortunately the lab rats can’t talk. In a streak of utter brilliance, Major offers up the pain in his backside to play guinea pig. The Chaos Killer has one last victim on his list. Vaughn Du Clark is slated to become a zombie, then get cured, memory wiped, and cured from the side effect. For a hair-brained plan, it’s not half bad. Too bad Major is an idiot who must secretly hate dogs. The pet groomer he conned a few episodes back leads Bozzio straight to Major as he’s in the middle of nabbing VDC. I’ve seen karma work wonders on television before, but Major’s circled back tenfold to kick him in the junk while he’s down.

What does this mean for Blaine? The guy still has no clue what’s going on. Don E. and Chief set themselves up to run the Lucky U and brain businesses, leaving the funeral home for Blaine to run. He knows there’s something not right, though. Blaine takes a trip to the police station to find Ravi in the morgue since he’s the only doctor he knows. Clive and Bozzio don’t buy the memory act. Neither does Peyton when she confronts him about killing her case against Boss. There’s some astounding acting during the scene where Ravi lays it all out for Blaine, all the grim details he has about the guy’s past. Bonus laugh, Major is so zen on coffee shop owner brains, he has the clarity to pity Blaine instead of just trying to kill him for ruining their lives.

I was hesitant to see if they could pull all the plot threads together for the season finale. There are some things which just slip past—Liv’s MIA family, Ravi’s ability to forgive so quickly, Peyton showing up just to nag or use people, etc.—and we take them just to get to the point. I’m way more invested in Blaine’s story line than Liv’s with Drake. Even Major’s story line is more entertaining, though it should have resolved before now to make it believable that these people managed to miss his involvement with the whackadoo company owner. The random dirty cop story line with Benedetto featured in the episode even begins to make sense in the grand scheme—one of the detective’s great catches is a Lucky U dealer who won’t talk because he, “works for zombies.” 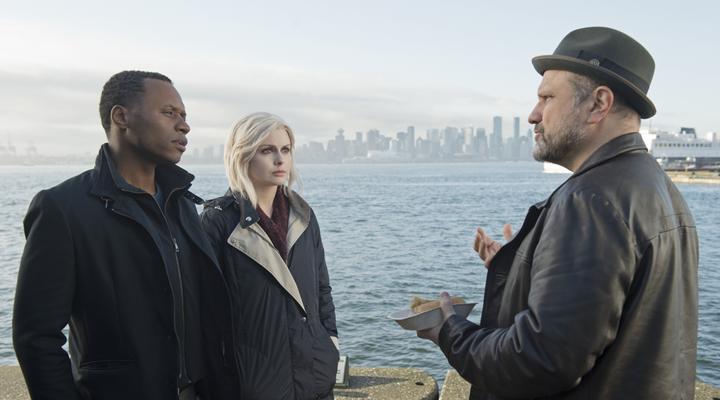 Another LU dealer is the murderer in the episode. He’s killed by Chief, undoubtedly leaving evidence which will lead back to the funeral home. I would applaud the writing skill it took to get this all to work, but I can’t until Liv gets an actual personality. Gotta have standards.