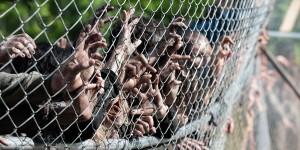 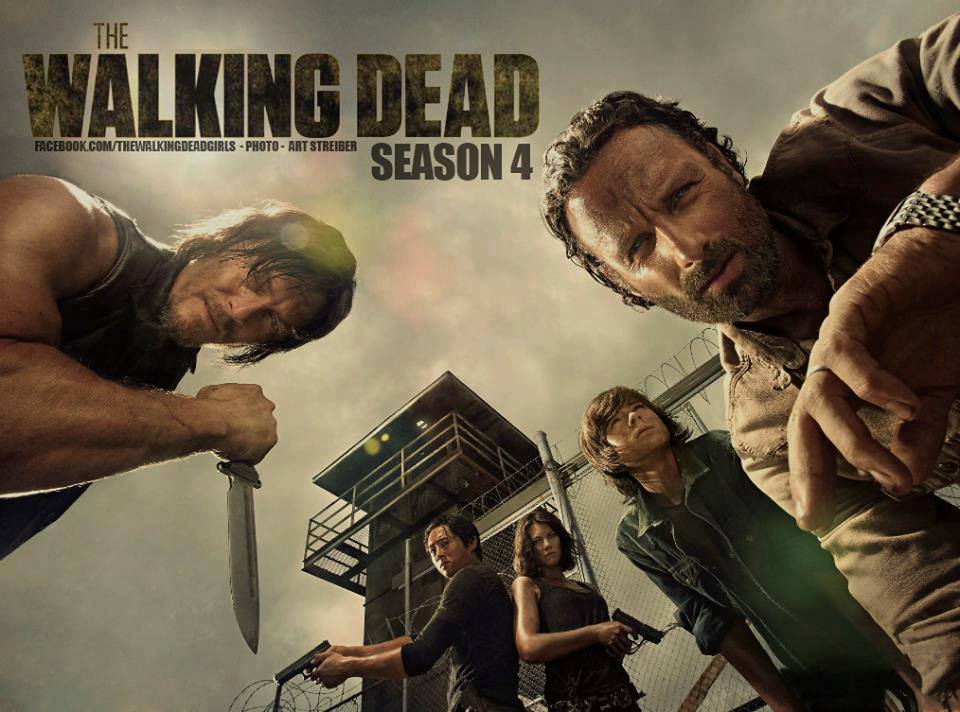 Last week’s episode of “The Walking Dead” must have been the writer’s idea of the calm before the storm—despite the attack at the store and unfortunate death because of it. This week, we really got to see how quickly things can go wrong for a group living in a fortress when someone is working from the inside to sabotage everyone’s safety. Not to mention, the zombie FX for the second episode in season 4 were some of the sickest we’ve seen to date, but not quite as downright disgusting as the Well Walker. KNB EFX outdid themselves . . . again.

Caution: Spoilers below! You guys know the drill.

Who the heck is dumb enough to feed the walkers? This mystery saboteur must be crazier than a basket of cats, hamsters, and puppies combined. The prison was secure, safe. Whoever is at fault for luring in the walkers puts themselves at risk, right alongside a large group of people who only have the council to fight for them. Aside from one or two of the newcomers, for the most part the council takes care of the killing. And scouting. And runs into nearby towns for supplies. There’s a handful of folks working their backsides to the bone to protect the strays Rick, and then Daryl, brought under their wings. Is it fair? No. But they know better than most, the vast majority of people can’t do what is necessary to protect themselves from the undead and living threats in their newly reformed society. Look how fast cell block D was overrun with walkers. The threat started inside and ate away at the living like cancer. In less than an hour, about a quarter of the people living in the cell block were eaten or turned into walkers. It was a great reminder of how quickly things can go downhill. The fallout from the attack drove the final nail in the coffin—without the council, these people would be food—when the two girls failed to fully understand that their father wasn’t their father anymore, and the walker they’d claimed as a pet of sorts, would rather eat the soft meat of their livers than play tag. Sure, they’d be running, but once he caught them it was game over. Permanently. This is why Carol’s scheme to teach the children weapon’s skills is vital. 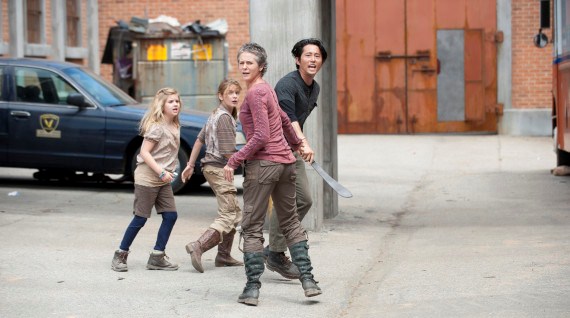 All of the pressure to be the savior is starting to weight on Daryl. He’s fully stepped into Rick’s abandoned post, doing everything necessary to keep the people safe. Only, Daryl doesn’t have the massive guilt handicapping Rick. From a young age, he was forced to fend for himself—to survive growing up and endure his messed up family. Life hardened Daryl’s heart long ago, something Rick is only developing now with the loss of his wife, his best friend, and the hazy future for his son and daughter. But can Daryl learn to open himself up again? Last week there were glimpses of a softer side to his personality. We even saw a smile or two, though they were hard to spot past the mask he wears to keep everyone at arm’s length. This week, there was none of that. Is there time for emotions when Death comes knocking on your front gate every day? Not when everyone relies on your skill as a killer to make it to tomorrow.

A cold-hearted killer is what Michonne set herself out to be once the first walker attacks happened. Or so it seems. We know so little about her history, about how she came to be the woman who saved Andrea with two mutilated walkers in tow. Heck, we don’t even know who she was before the undead rose, before everyone was infected with the virus. Michonne is a pro at not forming relationships. She doesn’t do permanence, relies on herself to get by, and yet still stops in to visit with the prison council. There’s a part of her true self leaking through her uncaring mask. A part which shattered her calm when she held Judith for the first time. Not only did we see her break, we saw her vulnerable. A position she is never in. She’d rather be eaten than have someone see her unable to fend for herself. The shadows haunting her eyes while she held Judith were heartbreaking. Did Michonne have a child, or maybe a younger sibling she raised? It is possible. Her past is by far one of the greatest mysteries on the show. In time, we’ll learn more. But only when she’s ready to open up. 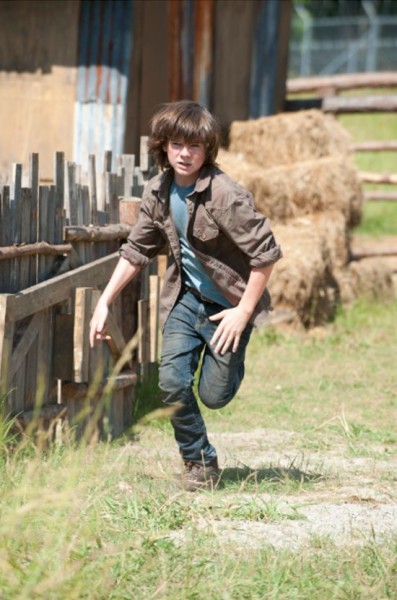 Rick and Carl spent quite a bit of time opening up to each other, trusting each other again. For quite some time, it seemed like Carl blamed Rick for stripping him of his childhood, for putting a gun in his hand and turning him into a killer. After all, it was Carl who cleaned up Rick’s two biggest mistakes—Shane and Lori. But even when he loathed his father, Carl still wanted to immolate him, using Rick’s passed-down deputy hat as his totem for when he meant bloody, violent business. Carl didn’t seem happy with his invisible farmer’s hat. Then again, neither did Rick. Despite putting distance between himself and violence, it still found Rick. Only now, only after the attack on cell block D, does Rick understand it has to be all hands on deck. He has a skill the others need. Now he just needs to learn how to distance himself, to find the cold, calm place where he’s capable of pulling the trigger and not killing a piece of his soul. Is Rick’s return to the fight too little too late? They’ve suffered massive casualties and more are bound to be on the way with the mystery person baiting zombies and taking out anyone who may be infected with the deadly strain of flu going through cell block D.

The prison has been compromised. Unfortunately, there’s nowhere for them to run—not with so many people in tow. What would they do with those suffering from the flu, leave them to die alone in the prison, locked in a cell on death row? Could Tyreese’s conscience handle that? Or is he too far gone after the attack on Karen? We’re two episodes in and so far, there’s a slew of questions to answer.

Here’s a few questions for you, readers. What would you do in the council’s shoes? How would you deal with this deadly flu outbreak?