First problem, how will they get down the river? The gang finds a zombie-infested pontoon boat out on the water. After clearing it, they find the boat’s rather talkative driver. Cool. A ride and someone else to do the driving. Maybe everyone can relax. Yeah, right. They’re not on the water long before Doc spots someone in a pedal boat crammed with gear in the back. Sketch and Skeezy are the bad pennies in this show. Anytime mischief must happen, they’re involved. Already things are looking up. And then everything looks wet. The river is plagued with what the guys call zombie jams—similar to log jams, only with teeth and much fouler stench. Zombies scramble onto the boat. Roberta orders everyone into the drink—not exactly wise considering all the zombies, but sure. We’ll go with it. 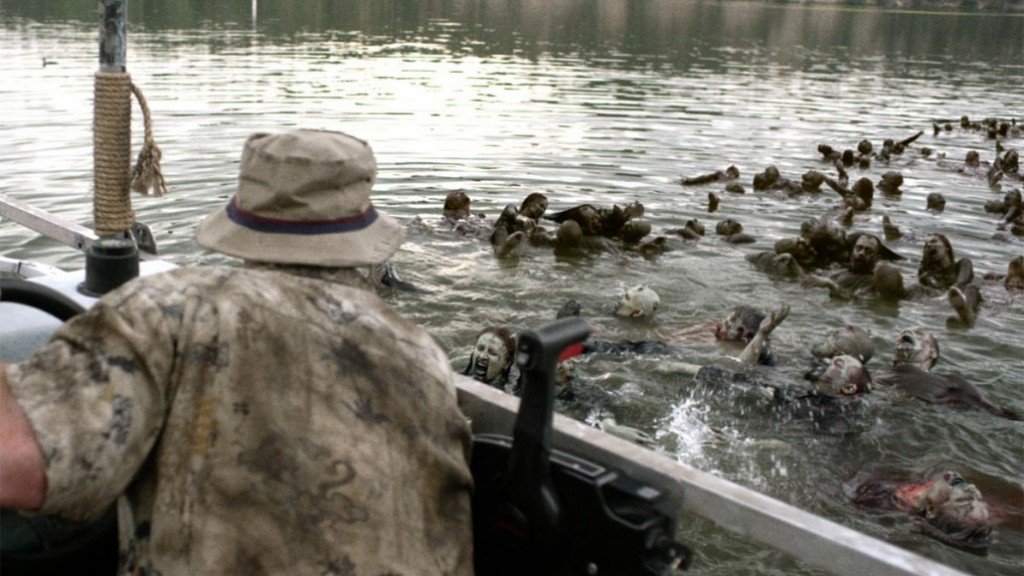 In the rush to safety, the team splits. 10k ends up on the eastern shore with Sketchy and Skeezy. Roberta, Doc, Addy, Murphy, and Vasquez head west. Almost immediately, Murphy wants to leave the kid behind. Vasquez is on his side, but only because a search would cost time. There’s no love lost between Murphy and 10k. After Cassandra’s death, those two will never be on the same side again. Murphy’s ego simply won’t allow it. He saw Cassandra as his creation, then comes this little nothing human who takes her from him; it’s too much for Murphy to handle when he’s already lost control of everything else in his life. To keep the peace, and keep Doc with the crew, Roberta gives twenty-four hours to find 10k. Eventually Doc does split from the group, taking a canoe across the river the next morning. His search is fruitless. 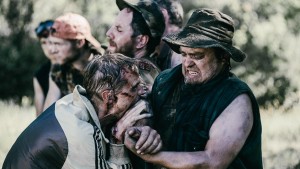 All’s not lost. 10k is in good hands with the luckiest men alive. Boy do they take the kid on an adventure. First, there’s a group of kind, highly intelligent men who—okay, I can’t do it. The first group they meet is dumber than a boulder and just as ugly. Quick thinking Sketchy reels them in with another tale of The Murphy, portrayed by Skeezy, seeing as he kinda resembles the wanted poster. By the end of two minutes, they have these guys convinced a bite from Skeezy will make them immortal. So he bites them, Sketchy steals the guys’ drugs, and 10k watches in wonderment. Until he drops the drugs Sketchy passes off and they have to run. Luckily—ha ha—there’s a truck nearby. But, wait . . . isn’t that the truck we saw kidnap two guys at the beginning of the episode?

Yes it is, and the guys just so happen to drive the thing back to the town it came from—Burrtown, named after it’s founder. It doesn’t take long for Sketchy and Skeezy to work their magic on this last great confederate holdout. Before sunset, they have them eating from their hands. Fecal matter hits the fan when the truck’s actual owners finally catch up. Not to worry, 10k found an inside man to help. Okay, it’s a woman. A very angry woman named Sadie. She’s not part of Burr’s hillbilly paradise. She just wants to give Mercy to her second husband, who is enslaved by the town as part of their undead workforce. Her plan: Watch the town burn. It’s a good plan. I have no problem with it. 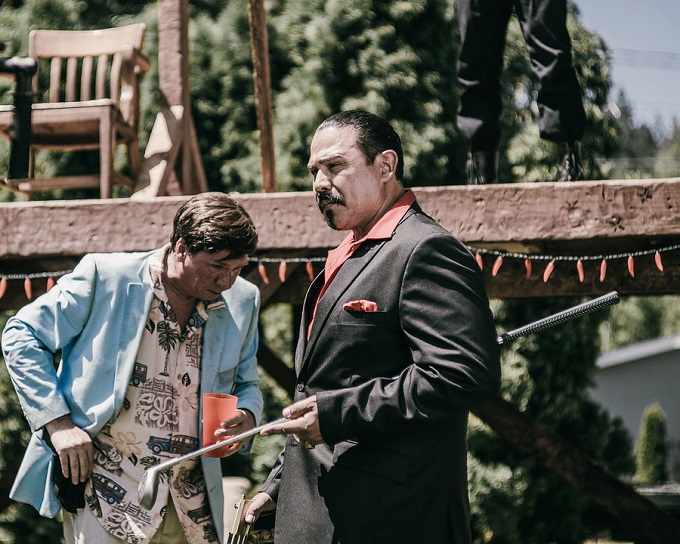 The Zeros might have differing opinions, seeing at Burrtown is one of their territories. When Sketchy and Skeezy and caught in their tangled lie net, Escorpion is brought in to judge their case. Sketchy does his best to blow enough hot air to inflate the Hindenburg. It’s not enough. Not when Skeezy’s bite victims provide damning testimony against them. Escorpion sentences the troublemakers and 10k to death by hanging.

Never fear, there’s a plan. I think. Sadie makes a run for the bridge near Burrtown where the crew plans to turn west again. How 10k knew they’d be there, I haven’t the foggiest idea, but not a lot makes sense on this show if you pay attention. Regardless of how they were alerted to the impending execution, the gang gears up and attempts a daring escape. Doc and Addy shoot down 10k and Sketchy the second Escorpion orders the execution to proceed. Skeezy dangles for a while before all’s clear and Addy shoots him down. While the others are doing the rescuing, Murphy and Sadie free the zombies. From there on out, it’s child’s play. The crew, plus their hilarious sidekicks, take off to the bridge ahead of a speedy zombie horde. Sadie lingers in Burrtown to give Mercy to her husband.

At the bridge, Sketchy and Skeezy stay behind to play with the zombies and their new weapons cache courtesy of Sadie. The others pile into a conveniently placed car, driving west once again.

Will they ever reach California at this rate? They’re down to one person with the cure in their blood since Lucy is with her adoptive parents. If anything happens to Murphy, they’re doomed. Yet he still thinks he’d make it anywhere without the crew. It’s The Murphy Show in his mind. Even if they do make good time on the road, someone may get annoyed enough to put a knife in his dome. Mankind has been through worse, right? What’s one measly apocalypse? They don’t need a savior whose ego can’t fit in Central Park. 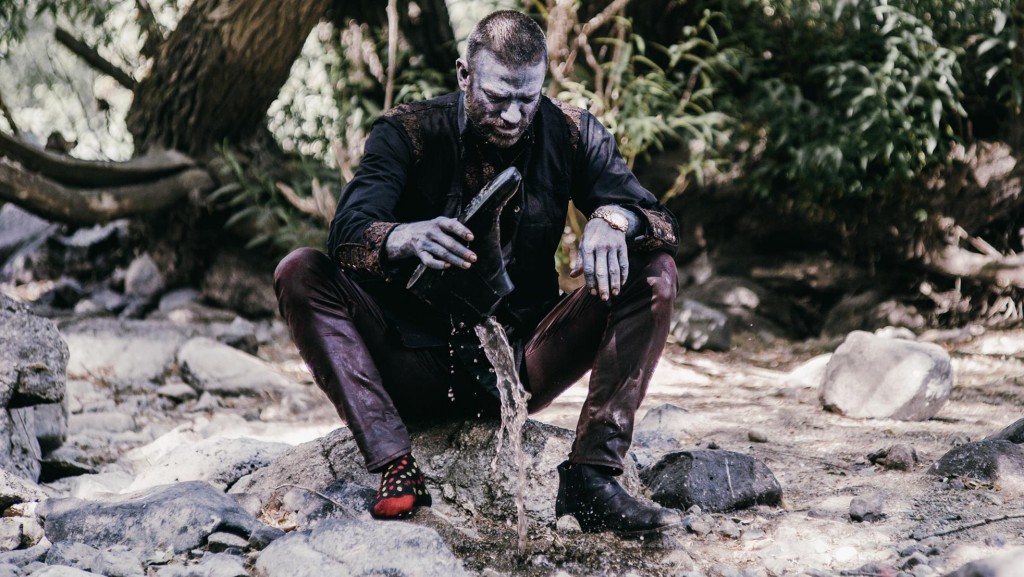