Major’s game of freeze tag is over. The FBI push hard on the Chaos Killer case, landing the newly re-zombied trainer in jail. Without food. Yes, this is a rehash from when Liv was arrested. Yes, crisis is averted just in time, yet again—even after Major is arrested a second time for the Meat Cute incident. Blaine, of all people, is the one to smuggle brains from Don E.’s stash after the tight-belted businessman wanted Liv to pay for a brain she plans to use to keep Major from turning the city’s jail into ground zero for the apocalypse. While she handles the food problem, Ravi and Major use video game metaphors to hatch a plan—retrieve a zombie from the freezer, defrost, show as proof Major didn’t kill anyone, release from jail. Simple. Easy. A cake walk.

Max Rager stole the bodies. DuClark also set out hits on Major and Liv as a gift to celebrate selling the company to a military contractor. Ravi gets caught in the crossfire, killing Janko when the mercenary drugs and attempts to abduct Liv. She’s fine. He’s shaken. The dead guy on the floor gives Liv the perfect chance to peek behind enemy lines. Later, she has a vision starring Major’s zombcicles, all nicely defrosted. 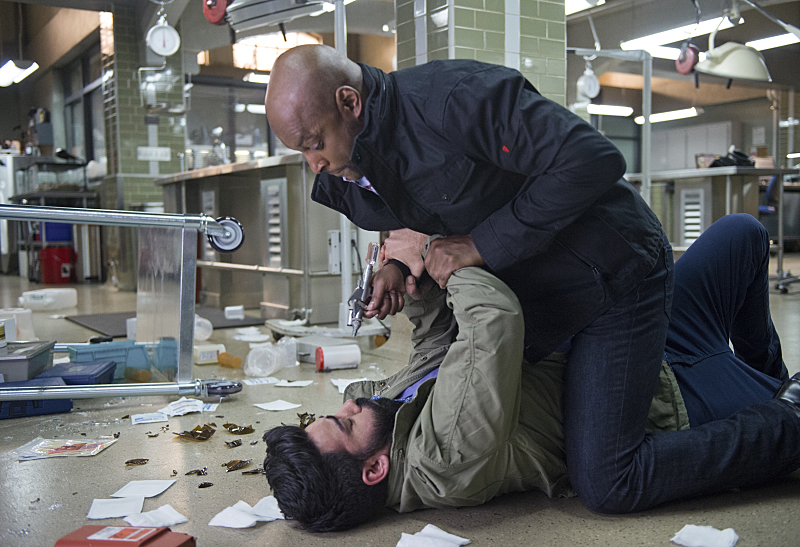 In order to get Major out of jail in time without a victim to hand over, Liv finally clues Clive in about Team Zombie. Okay, it takes stabbing herself in the gut to convince him, but he gets the idea and Major is a free man shortly after. I hope Liv bought Clive a new knife. Clive uses a loophole in the case against Major to secure his release. Bozzio is, understandably, livid. His hands are tied. He couldn’t knowingly leave Major in jail to start another zombie outbreak.

During the zombie antics, Boss sends his guys to clean house. The case against him is gone. He should be sitting pretty, save for his competition hitting the streets again. Chief takes a bullet to the brainpan. Don E. talks his way into a gut shot instead of a headshot. Poor hapless Blaine ends up exposed to Boss’ guys and has a hit put on his head. They use Peyton to lure Blaine into a trap. It gets a tad buddy-cop when Ravi and Blaine team up, armed quite impressively, to rescue her. Which is a joke, really. Blaine wiped out the men holding Peyton before Ravi made it in the door. Major joins Liv on Janko brain. They plan to infiltrate Max Rager during their big bash to celebrate the sale properly. To access the secret lab’s elevator, they’ll just take Janko’s hand along for a walk like it’s Thing. Clive disavows any knowledge of said plan—which lasts as long as it takes him to realize the zombies aren’t going to make the rendezvous time. The party scenes are chaos even before a group of idiots turns themselves into zombies with tainted Utopium. The party’s theme? A lockdown. They’re trapped. Just about everyone dies or is turned. 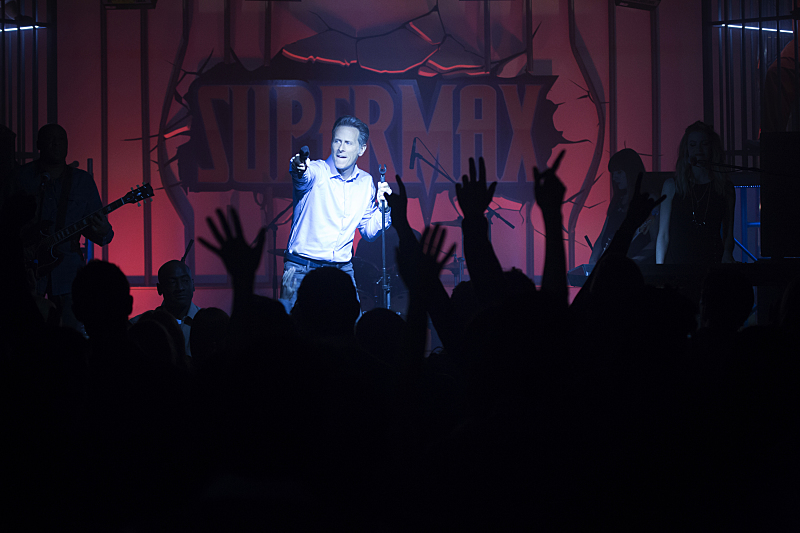 There’s a new savior in town. Vivian Stoll—the woman from the military contractor—saves Team Zombie when they’re trapped during the outbreak. Liv and Major are fine. Clive has a target on his chest being the sole human left on their feet. Stoll’s people clear the building. She gives them free passage to the secret lab.

In the lab, Rita and her father wait to make things just that much worse for the team. She’s ready to promise her front teeth in order to get free or get a cure. He’s hell-bent on winning at least one battle. The gang is separated in the zombie containment area. Drake, unfortunately, is no longer a coherent zombie. The test cures MR forced on them turned him Romero. Man, dating Liv is a curse. More so when VDC forces Liv to choose between saving Clive or Drake. She shoots her boyfriend. There’s really no choice. Drake was doomed to die the day they introduced him. VDC tries twice to gas everyone. Both times fail, with the final attempt ending after Major breaks a glass wall, following VDC into the elevator, and leaving the bad guy trapped in there with ravenous zombies. Upstairs, they open the elevator to find Rita chowing down on Dad brains. 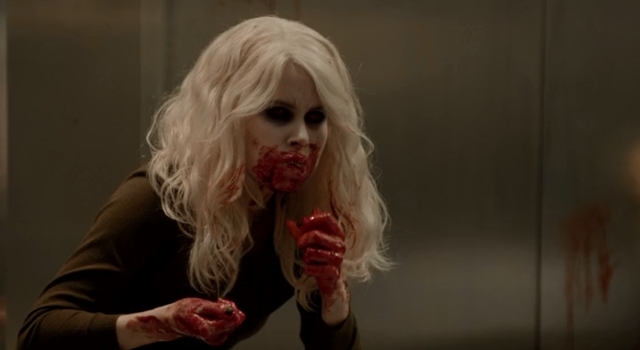 Major takes the kill shot on his ex. Sense a trend? Stoll’s people take over the situation while she snacks on Rob Thomas. Surprise! The military contractors are zombies hell bent on making Seattle their new homeland.

I’ll admit, it’s one hell of a surprise. Unfortunately, I sense this may devolve into a Buffy situation—everything blamed on a mysterious government body who answers to no one, really, and does convenient bad things to make tension for the show. We’ve seen this trope a lot on genre shows. While this new plot twist did bring a lot of dead bodies, it could be foretelling a rather predictable season three.