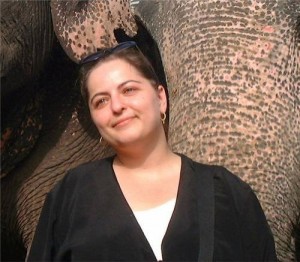 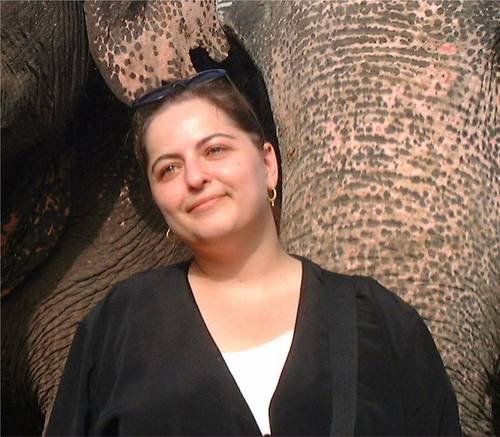 Able to leap a convenience store counter in a single bound, more powerful than a Zombie Energizer Bunny on a double-shot espresso, our Commander-in-Chief and Red Brigade Commander Juliette Terzieff weaves the perfect balance of sass and class, compassion and humor, gentleness and strength. Most importantly, she never leaves home without a crossbow somewhere in the back seat, and usually knows where to find a roll of duct tape. A former foreign war correspondent with combat training, journalist, fiction and non-fiction writer, public speaker, and self-described “avid monster freak from birth,” Juliette is a force to be reckoned with, and there is not a single person on the planet better suited to lead us forward in the coming days. 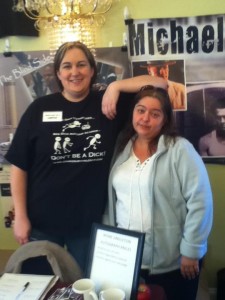 Before the formation of the Zombie Survival Crew, Juliette could be found in various locations all over the world, including war zones in the Balkan, South Asian, and Middle East regions, flexing her journalist muscle to cover complex political, globalization and human rights issues. Her website will tell you that she is a public speaker who has covered a wide range of topics from human trafficking and child labor to American politics and international relations. We’ve read her in Newsweek and the San Francisco Chronicle, heard her live on CNN International and All American Talk Radio. Recently she was interviewed by Alternative Revolt (page 60-62), Dark Media City and The Throw Down with JB Maddawg. Juliette writes and edits newsletters for Smartbrief on development, humanitarian aid, public health concerns and international policy; and heads up the communications team for the Future 500, headquartered out of San Fransisco and Tokyo. Most importantly, she works tirelessly to organize and lead fellow ZSC Commanders Michael Rooker, IronE Singleton, Neil Brown, Jr and dozens of other actors, writers and musicians in preparation for the dark days to come. 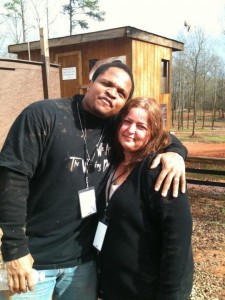 Our fearless leader has been busy lately. Over the last year her travels have carried her North, South, East and West on missions too numerous to count. From Canada to Texas, Kentucky, Florida, Virginia and Philadelphia, Juliette has scouted new recruits far and wide. She participated in the Run for Your Lives 5K race with Green Brigade Commander Irone Singleton in March of 2012, and more recently completed a mission in Cherry Hill, New Jersey despite numerous  failed attempts by the UGA to place tracking devices on her vehicle. Fortunately, Juliette was not alone in this particular mission, and her loyal recruits foiled the UGA’s plot by relocating the vehicle at twice a day.

Juliette is currently on a very special mission in the South. While we are not able to divulge the exact nature of this mission (she forgot to tell us), we have learned that she has successfully tracked and located a rarely-seen wild rooker in the Atlanta area, and was able to secure a steady southern-style food supply while away from ZSC Command. Whatever her goal on this mission, we are confident that she will succeed and remain watchful for her next update.

If you are just now joining us for this series, please check out our other Commander Monday reports!