From behind the zombie bunny cages of: RC Murphy

Actually, the title is slightly misleading. Some of your ZSC commanders are always on the road. Traveling from city to city to touch base with brigadiers not only across the United States, but world-wide at numerous conventions. This time around, four of us are converging on Phoenix, Arizona for Phoenix Comicon. The event begins on Thursday, June 5th at 4:00 PM inside the Phoenix Convention Center.

Yellow Brigade commander Jinxie G and Orange Brigade commander R.C. Murphy will be in attendance Thursday through Sunday for the event. You can find them at booth 793 throughout the weekend (coffee runs are one of a few exceptions to this). Red Brigade commander Juliette Terzieff and Special Forces Commander Michael Rooker plan to roll into Phoenix for Sunday only. Keep an eye out for them. Shouldn’t be too hard to find those two, right?

This is a huge event, and a first-time trip for some of us. If you plan to attend, make sure to come find us. Even if it’s to say hi. Mostly, we want to make sure everyone survives the insanity sure to follow once the convention doors open. Kinda like when someone opened a certain barn we all remember from that one show. You know, the one with the staggering, rotting folks on it. Catch our drift?

See you all in Phoenix!

Successful novelist and mom by day; bada** zombie-killing machine by night—when it comes to the Infected, Serena Rouge knows what it takes to make the killing blow. When the FBI forces her into a Special Ops, Serena’s all well and fine with the mission . . . until her targets kidnap her children. Then, all bets are off and she’s looking to kill.

“I’ve trained for years to learn how to take down the zombies–and avoid them the rest of the time. Now the FBI wants a writer to go undercover and get information? My gut says something isn’t right, and the rest of me will pay for not listening to that instinct.”

Getting kidnapped by the FBI is pretty low on my list of things I want to do. It’s right up there with meeting terrorist groups and writing their side of the story. Why a successful novelist like me? Turns out I’m a scapegoat for someone with some serious health issues—they’ve contracted the zombie virus.

I’m a zombie killer, killing them as quickly as I can. But I’m only one woman. You’d think being an Immune was great, but no. Ever since the government purposely tried to infect me with the zombie virus, they watch me closely to see if I turn. Not happening.

The FBI wants me to accomplish something big two thousand miles from home. When I arrive in El Paso, Texas after my strenuous drive from Washington, my contact agent, Joseph Connelly, isn’t available. Being tortured by a zombie for two days is an excuse I can accept after saving his ass. These aren’t your Hollywood zombies; not right away. They never get sick, their IQ triples, and their sex appeal? Off the charts. Until they die and resurrect as true horror flick zombies, with brains. Trouble is, some of them have developed a taste for meat—human meat—before they die.

Problem with governments screwing around with our DNA is things never go as planned. When terrorists kidnap my kids, all bets are off, and Agent Connelly agrees. If we don’t save my kids and steal the antivirus without getting killed, the whole world is going to have a really bad day.

Mayhem in Mexico will be available on Amazon, All Romance eBooks, iBookstore, and Nook on Halloween for $4.99. Click HERE for more details.

Leona Bushman goes by many names, but the most common one is Superhero. She earned this name from saving a kangaroo from a tree—and yes, that is as hard as it sounds. The dragons taught their queen how to write, and Queen Leona hasn’t looked back. Even when her muse tries to muck things up.

She can be found goofing off and loving dragons and other creatures of the supernatural at the following sites: 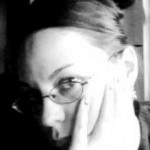 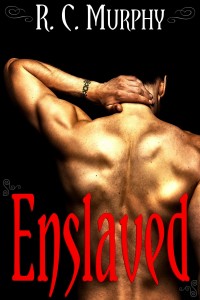 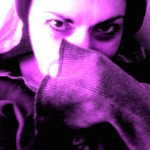 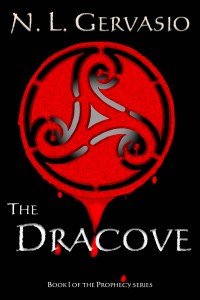