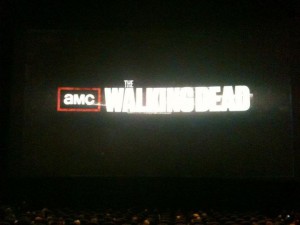 The event was bound to be crawling with UGA agents and others out to gather information on Zombie Survival Crew command, but when the call came through there was no doubt your Commander-in-Chief would attend.

On October 3 – after securing safe passage thanks to to the Herculean efforts of Red Brigade First Lieutenant Neil Brown Jr. – I gathered with fellow ZSC Commanders IronE Singleton, Norman Reedus and Ted Raimi for the premiere of season two of The Walking Dead.

The gauntlet of bright lights made it hard to keep track of the action, but I managed to catch some shots of Laurie Holden, Steve Yeun, Jeffrey DeMunn and other cast members before settling in for the much anticipated opening episode. 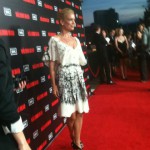 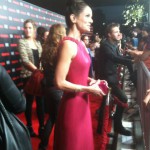 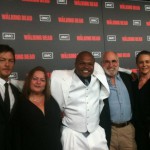 Now you’re not going to get any spoilers from me, so don’t even try…unless you happen to have a million bucks lying around and then maybe we can talk.

But I will say it was not what I was expecting – which is a good thing – and I almost tossed my complimentary popcorn onto the poor souls in front of me a couple of times – which is a great thing. And every time I thought “oh, there’s the ‘gotcha’ moment, thanks, let’s move on,” another one was around the corner, and it just got better and better. That’s not to say there aren’t some extremely telling character development moments that will shake viewers and touch their greatest fears, because…oof, The Walking Dead isn’t pulling any punches.

The opening episode will keep fans guessing and off-balance, confused and screaming (literally) for more. I could have sat there all night watching the entire season.

If you want to hear more than I’m willing to divulge, take a look at some of the production and cast interviews on the red carpet here. 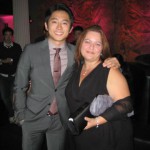 Instead, I stumbled off, still nauseous from the viewing, to the after event where IronE snapped this picture with Steve Yeun that is just too cute for words. Him, not me. What a sweet, articulate, engaging young man he is….kind of reminds of Glen, actually. 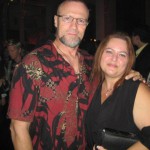 I ran into our new Special Forces Commander Michael Rooker and somehow convinced him to get on the dance floor. He may never forgive me for it. 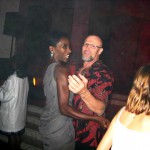 ZSC Command not only survived the night, but came away from it having discussed future missions and creating updated strategies. Green brigade Commander IronE Singleton prepped a special mission for the Green Brigade and has the undying gratitude of ZSC Command in its entirety for his commitment to helping us all prepare for the onset of a zombiepocalypse. 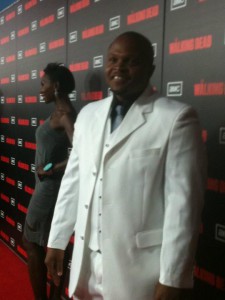