Wondering about those mysterious members of the Purple Brigade and what makes them tick? After all, what do they do with all that information coming in from all over the globe? Learn more about the Zombie Survival Crew’s “back office monkeys” and how they will help YOU survive in a zombiepocalypse.

Login to the site, or take the time to sign up, and you will learn what it takes to be in the Purple Brigade.

Next week we will continue with our Members Only segment and kick of the discussion of why the articles in the Go Bags for each brigade are essential with the Red Brigade. So definitely check back next Monday.

Warning: The information herein is Top Secret and NOT to fall into the hands of the UGA.

You know all of the ZSC Commanders have duct tape for a reason, right? You’ve seen them talk about it on Twitter, and it’s on their lists for their Go Bag essentials. Well, the duct tape is generally used to keep our fearless leader Juliette Terzieff in line because let me tell you, that woman is crazy sometimes!

All kidding aside, I’m here today to inform you of something I recently discovered. You see, I’ve been going through the files when I’m on duty in the Command Center to make sure I know exactly who these people are that I’m working with now. You can call it snooping if you’d like, but a guy’s gotta know what he’s dealing with around here.

I recently found this beauty: 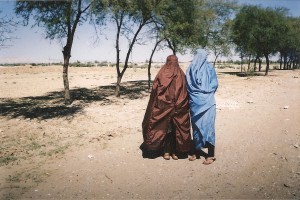 That’s a picture of Juliette in a burqa, taken in Pakistan in 2004. She’s the one on the left.

Due to said picture, I’m inclined to suspect our fearless leader, folks. She says the outfit was necessary at the time for work, but I think she’s a lot more than meets the eye, and I’m determined to get to the bottom of this.

*looks at RC Murphy* What do you mean Jinxie G speaks Arabic? Hmm . . . I wonder how many other languages she speaks. And why did she keep it a secret from me? After all, I’m her first lieutenant… a commander should never keep secrets from her right hand man.

And speaking of secrets… *steals another look at RC Murphy* …I wonder how many other things commander Murphy knows that she’s not telling. Since she’s the command’s secret keeper, I’ll bet it’s a lot. I’m going to have to try to get close to her and see whether I can get her to spill. Maybe I can get her first lieutenant, Rocco, to help me out. I’m going to need the information she has.

Anyway, as you can see from this video, the one where our fearless leader *snorts* thinks I tried to run her over, that is definitely NOT the case. I pulled it off her phone when she wasn’t looking. Anthony Michael Hall helped me out with that one. Thanks, man.

Oh, she can claim I tried to run her over all she wants, but I think it’s pretty apparent that I was just having fun there.

And speaking of Anthony Michael Hall, I really need to find out what makes his commander tick. How does the Oracle know all that she does? I think she might hold the key to the entire operation. That alone makes me suspicious, but Anthony Michael trusts her, and he’s pretty savvy, so I’ll just keep a watchful eye for now.

In a nutshell, I am beginning to suspect quite a few things around here, but not to worry; I’ll get to the bottom of it all and keep you, dear crew members, informed.

And if I have to take over to get this place running correctly, you can bet I will. 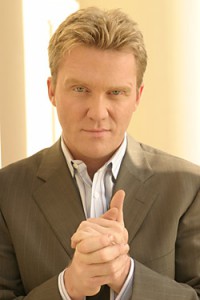 First impressions say a lot. And when it comes to Anthony Michael Hall, you can toss what you think you know about his geeky yet charming on screen personae in movies like 16 Candles and The Breakfast Club – the man is sharp, engaging and dwarfs a room with the kind of shoulders built to bear weight.

And I have to admit I was taken aback when he followed up a standard polite greeting with a lean-in and whisper of: “So Zombie Survival Crew…what’s your command structure?”

As Zombie Survival Crew commander-in-chief I knew instantly that Anthony is a man we want on our side to help strategize and direct covert ops, as well as assist us in preparing for the onset of a cataclysmic event. And he is doing just that…

Anthony is busy working with ZSC Command to develop future missions. While you await finalization of mission assignments, catch Anthony at work in Last Man Standing airing June 6 on the Lifetime channel and in multiple upcoming episodes of Warehouse 13 on SyFy.