The new head of our Special Forces, Michael Rooker, no sooner signed on with the Zombie Survival Crew than he was giving the ZSC shout outs in interviews. You have to love that in your head of Special Forces. Anyway, here’s what The Walking Dead TV Podcast has to say:

On this very special episode of The Walking Dead TV Podcast, your hosts get to chat with Merle Dixon himself, Mr. Michael Rooker! Brad, Jordan and John touch on a plethora of subjects with Michael, including his role on The Walking Dead, lost hands, Atlanta heat and Dancing with the Stars.

All this and we still find the time to give away another blu-ray.

You don’t want to miss this one.

Special thanks to The Zombie Survival Crew.

Second Lieutenant Michael Kenworthy was interviewed on the Jimmy Star Show August 17, 2011 and we found that he had quite a bit to say about the ZSC.

From Jimmy Star: Michael Kenworthy is an American film and television actor perhaps best known for his starring role as “Jesse” in Return of the Living Dead Part II. From age 5 to 19, Kenworthy accumulated over 150 projects to his credit. Now returning to entertainment from his extended hiatus as a professional inventor, Michael has begun to make convention appearances and is rumored to have several projects on the horizon.

Michael Kenworthy will be making his first interview appearance to formally announce his highly anticipated return on The Jimmy Star Show. Fans watched him grow up before their very eyes on over 30 television shows like Knots Landing and Growing Pains, films like The Blob, and famous commercials for the Mattel Scientist Monster Lab Toys and welcome his reemergence in the industry.

From Jimmy Star: Anthony Guajardo is a young American actor most famous for his role as Miguel in the hit AMC original television series The Walking Dead. Guajardo guest stars in the Vatos episode opposite leads Andrew Lincoln, Norman Reedus, and Steven Yeun who hold him hostage as part of a quarrel with another group of survivors.

In addition to The Walking Dead, at his young age, Anthony Guajardo has already appeared in the film The Adventures of Sharkboy and Lavagirl 3-D and shot a national commercial campaign with AAA. Along with acting, Anthony is exploring the behind the scenes of the entertainment industry as a production assistant for Calliope Talent. 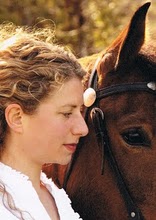 I recently had the opportunity to be interviewed by author Shannon Mayer on her blog. She had some survival and zombie apocalypse questions, and in general, just wanted to pick my brain . . . er, wait a minute. That may be why I’m so sluggish lately.

I had fun doing this interview, so go check it out:

Shannon Mayer – How to Survive a Zombie Apocalypse

From SCIFI Mafia: How do you survive a zombie apocalypse? Well, if you have the Zombie Survival Crew at your back, you stand a chance of survival! Join up with cast members of The Walking Dead and Boondock Saints and get yourself ready to survive zombies! I got the chance to talk with Juliette Terzieff of the Zombie Survival Crew, a fan organization that has global reach and may even save the world someday, at Dallas Comic-Con.

From Altered Realities Radio: Through faith, training, and perseverance Anthony landed a major guest-starring role on the AMC original series “The Walking Dead.” The on-set experience was one of the best moments of his life. The actors he worked with were all very talented and gave him so much to work with. From there, Anthony shot a national commercial campaign with AAA and starred in a short film with Director Rod Guajardo. Anthony has also been training extensively through his agency and management company, Calliope Talent, with leading filmmakers and casting directors.

From Altered Realities Radio: Robin and Julie are pleased to welcome Neil Brown Jr. to the show! Neil has had over 20 film and television appearances, including The Fast and the Furious, Harry’s Law and Never Back Down. He is perhaps best-known for his appearance on AMC’s hit series, The Walking Dead, as Guillermo, and as LCpl. Guerrero in Battle: Los Angeles.