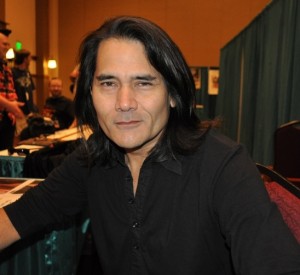 Orange Brigade, meet Second Lieutenant J. LaRose! While many of you are no doubt aware of his rather messy demise in Saw III (disembowelment does have its drawbacks), rest assured that the LT is in fine shape and more than ready to take on the ever-growing threat to the human race. You don’t even have to take my word for it, just a glimpse into J’s varied talents and wide range of experience is enough to convince anyone. He can glare a hole in a brick wall in one moment and charm even the hardest of hearts with a winning smile in the next. Coming from a solid background of horror movies, television and short films, J is more than adequately equipped to face the horror in the days that lay ahead. It doesn’t even have to be mentioned that J LaRose is related to a certain Special Forces Commander, but we mentioned it anyway. 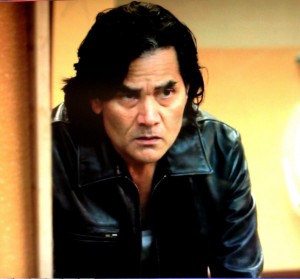 J. LaRose hails from Chicago, making his first appearances on various television series, including Mortal Kombat: Conquest, Sheena, In Search of, and short films Butterfly Dreams and The Crown of Rust. In 2006 he made his big screen debut as the unfortunately disemboweled Troy in Saw III (spoiler alert), and from there moved on to Repo! The Genetic Opera and the horror films The Tenant, Insidious and The Tortured.   J has also been involved in many projects coming up in the near future. J recently completed the hilariously viral Rockabilly Zombie Weekend as well as the films Wind Walkers and the short film Amazing Grace. Currently in pre-production, we’re also keeping a sharp eye on The Legacy of Avril Kyte.

J LaRose is currently operating from an undisclosed location, and we are eagerly waiting and hoping to hear more from him soon. We’re very sure he won’t end up like poor Troy again, at least not any time soon. 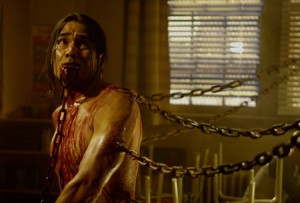 If you’re just joining us for our Commander Monday series, please be sure to check out our previous field reports! 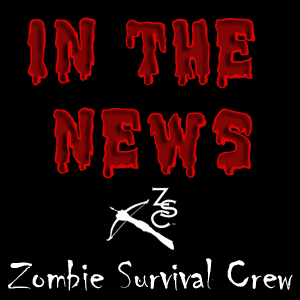 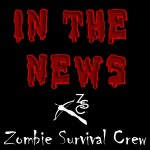 What’s in the news this week? Well, your Commanders have been quite busy, so we’ll give you the rundown…

Orange Brigade Commander R.C. Murphy has been busy with a book release over HERE.

Yellow Brigade Commander Jinxie G has been crazy busy with homework, editing, and working on THIS.

Green Brigade Commander IronE has been all kinds of busy HERE.

Purple Brigade Commander LK (aka the Oracle) has been up to THIS.

Blue Brigade Commander Norman Reedus has been kicking a$$ and killing zombies on THIS and working on THIS.

We’ve lost track of the Commander-in-Chief. Someone grab some duct tape and quickly find her!!!

And can we talk about The Walking Dead 310? Oh. My. Gawd. The review will be up later this week.